A dash of Denmark on the Champs-Élysées

Some places make the feathers on my back stand straight up – and I mean that in the most positive way possible. My beloved Paris is home to such a place. Two of them, actually. 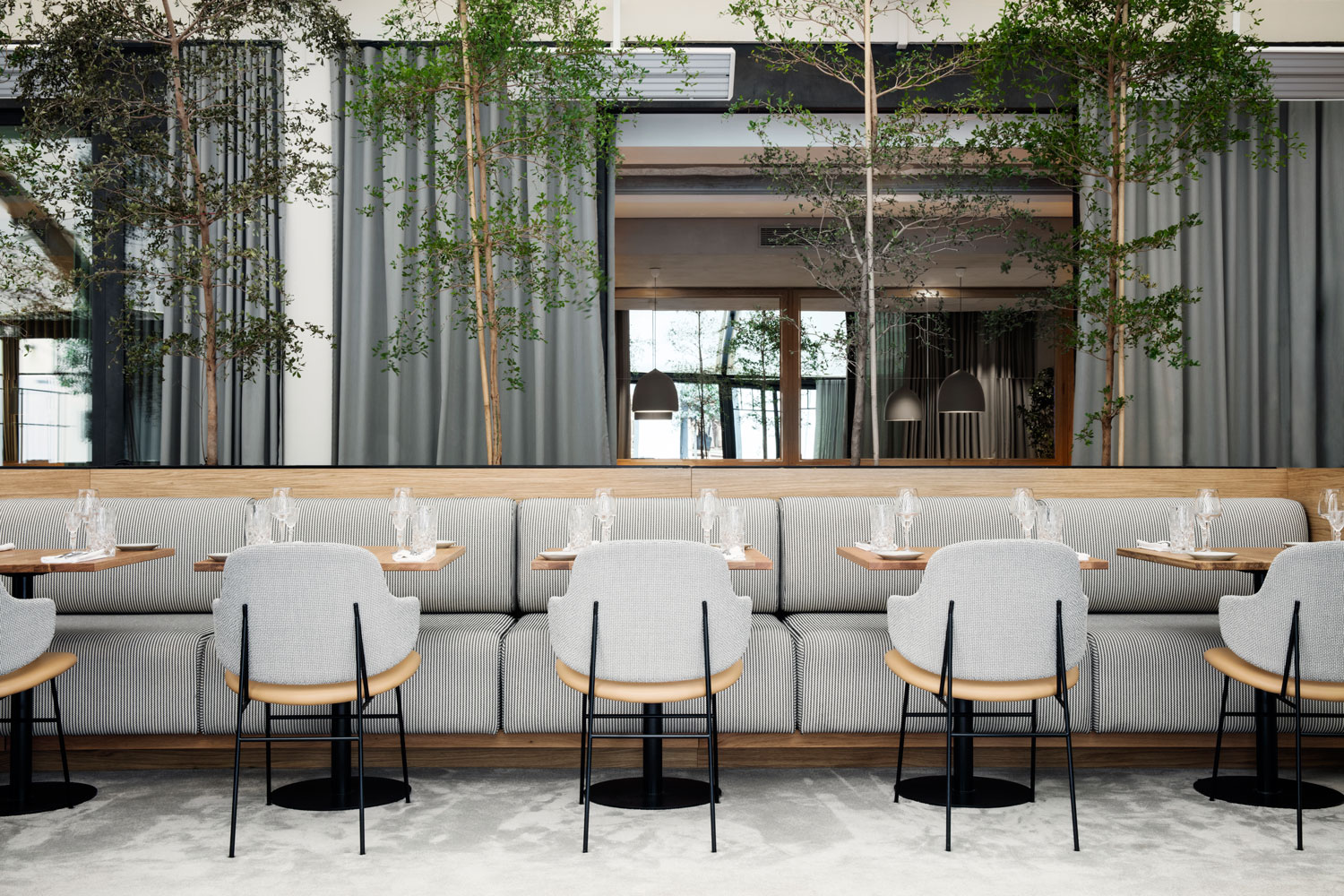 La Maison du Danemark is located at the end of the Avenue de Champs-Élysées, a stone’s throw away from the Arc de Triomphe. The institute to promote Danish arts and culture in Paris opened its doors in 1955. Little did they know that over sixty years later, design studio GamFratesi would transform Flora Danica and Copenhague  – a high-end brasserie and fine dining hub, respectively – into an interior design dream come true. 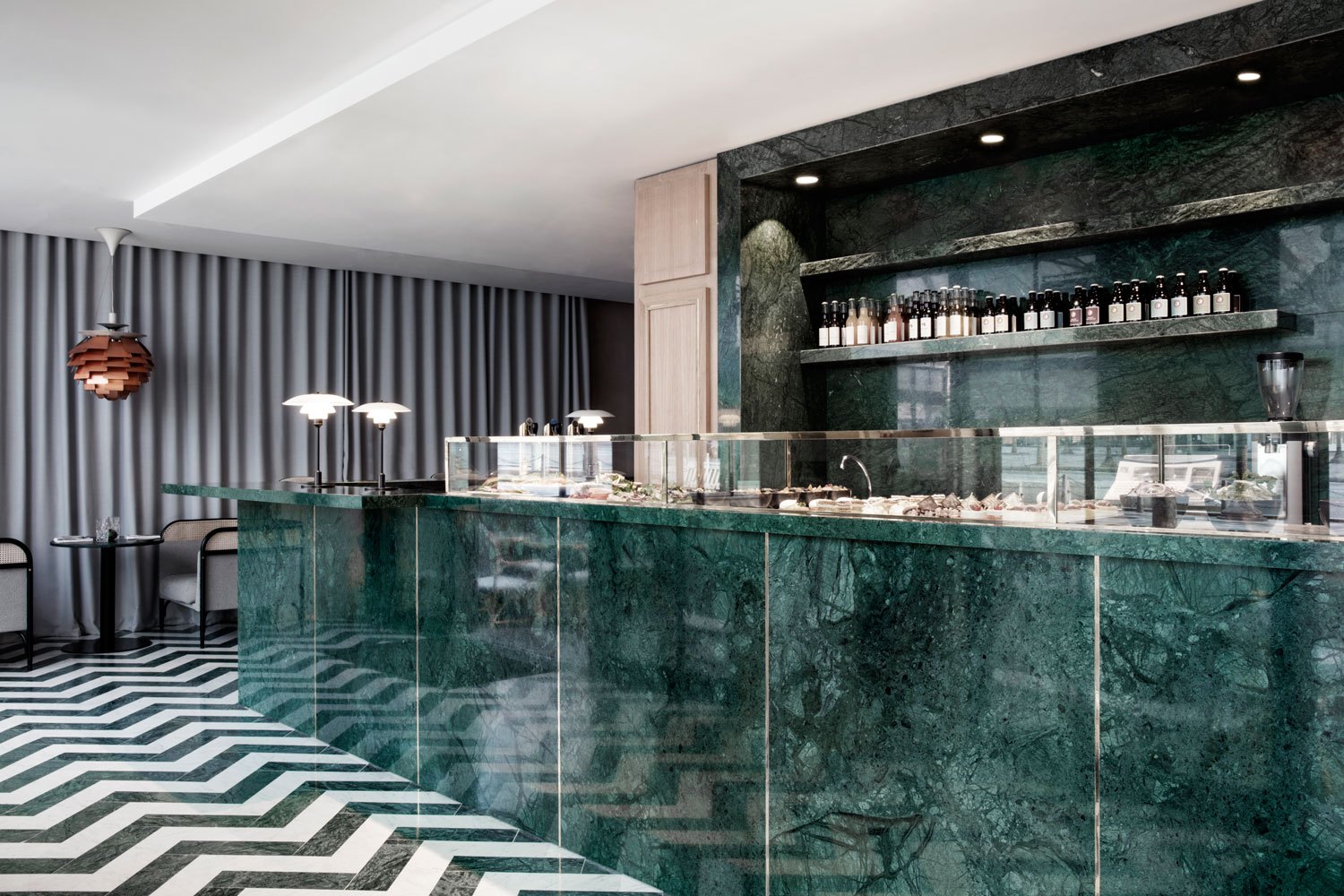 I love it when fellow migratory birds make their mark with a little thing called ‘good taste’. Unusual characters Stine Gam (Danish) and Enrico Fratesi (Italian) sure did. Just look at Flora Danica’s green hues, natural stone, and brass details. Doesn’t that herringbone marble floor make you want to moonwalk across the room? Aren’t you tempted to hug those soft carpets and velvet sofa’s? No? Oh… I guess it’s just me then.

After you’re done admiring the dozens of elegant drawings of botanicals on the walls, be sure to make your way up to Copenhague. (Fun fact: GamFratesi is based in Copenhagen.) The restaurant’s dark tones, ranging from deep blue curtains and tablecloths to black furniture, offer a sharp contrast with the white tableware upon which the otherworldly (but mainly Danish) culinary creations of chef Andreas Møller are served. 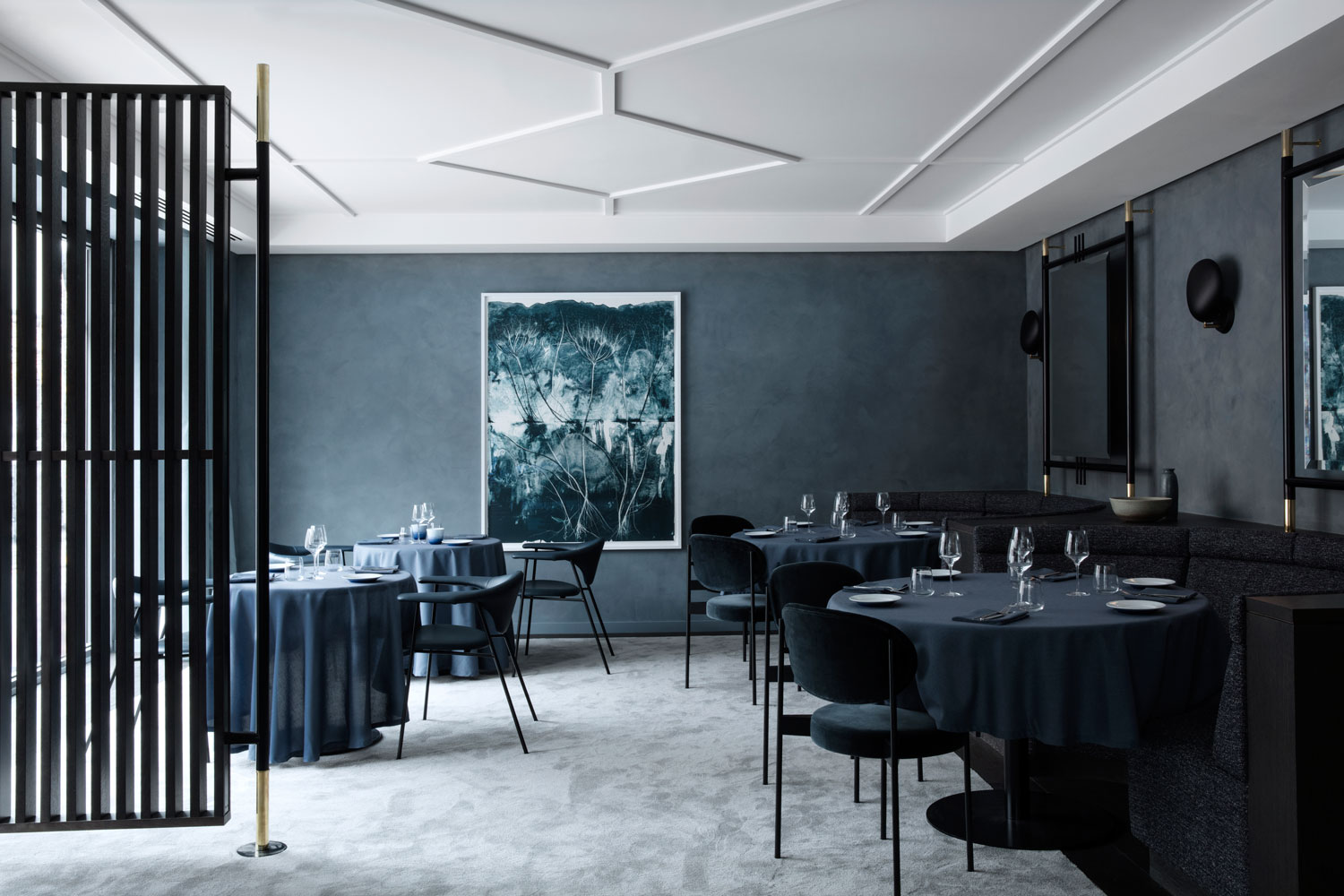 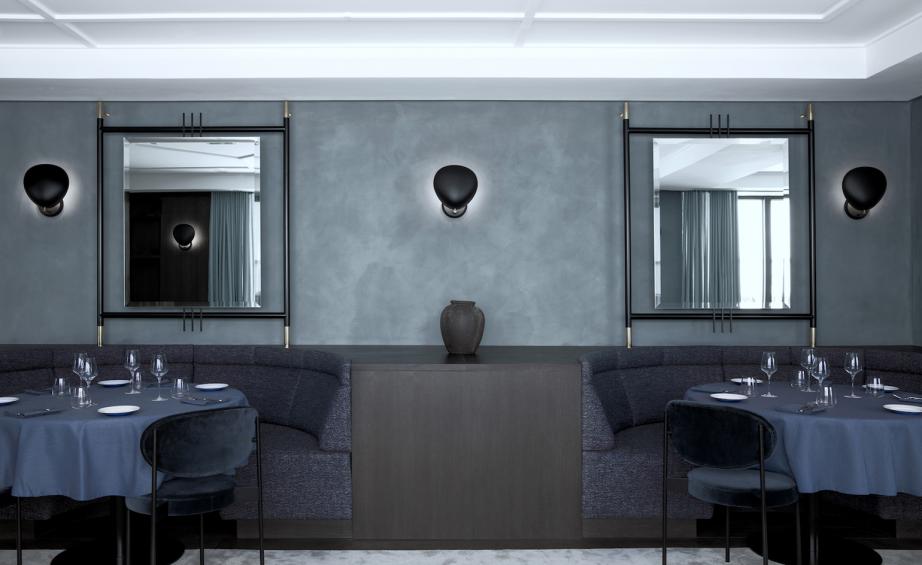 Each in their own way, Flora Danica and Copenhague combine Scandinavian sophistication with the haute cuisine grandeur Paris is known for. Step inside, order a cocktail, and indulge yourself in some soothing Danish design.