A new member of the flock

Sir Martin Ambrass, our Brand Ambassador for The Baltic States

We are proud to introduce a new member to the flock once more, our new brand ambassador for the Baltic States, Sir Martin Ambrass. Martin was raised in Riga and with his passion for unique spirits and delicate cocktails he became a traveling adventurer. Becoming a true mixologist while visiting the global top cocktailbars. People might know him as ‘The bartender on the road’…

While being on the road, we met the exceptional man earlier this year in Amsterdam. While stretching my wings in speakeasy cocktail bar Door 74, his tattooed forearms and fast hands prepared me a Clover Club like you wouldn’t believe.

The Latvian told me that he had recently landed in the Dutch capital, in pursuit of bartending knowledge. A journey that, unbeknownst to him, started when he was just a teenager. After high school, not knowing what to do with his life, Mr Ambrass went to the United States of America. He spent the better part of a year there learning the English language, before relocating to the island Guernsey off the coast of Normandy to work as a waiter. After returning to Latvia, he started getting familiar with classic cocktail recipes and secured a gig as head bartender at Gutenbergs, a 4-star hotel in his hometown of Riga. “After working there for a year,” he recounted, “I realised that my bartending knowledge needed an impulse. So I decided to travel across Europe to work in the best bars.”

Being a rebellious spirit, Mr Ambrass sold everything he had, bought a backpack, and emailed ten top notch bars in Amsterdam, detailing his mission and vision. Two weeks later, master bartender Mr Timo Janse of Door 74 responded. “Timo told me to come on over. He could see that I was a passionate person.” That, as it turns out, is a huge understatement – Mr Ambrass’ 2017 itinerary proves it. He started his travels on March 5th, “as a birthday gift to myself”, and worked at Door 74 for two months. Next, his unusual quest brought him to Bar Bohemia in Brighton, Tynska Bar and Books in Prague, and Podwale Bar and Books in Warsaw. After a month of traveling through France and Spain, checking out the local bartending scene, Mr Ambrass made his way back to Amsterdam for a job at The Tailor in Hotel Krasnapolsky. 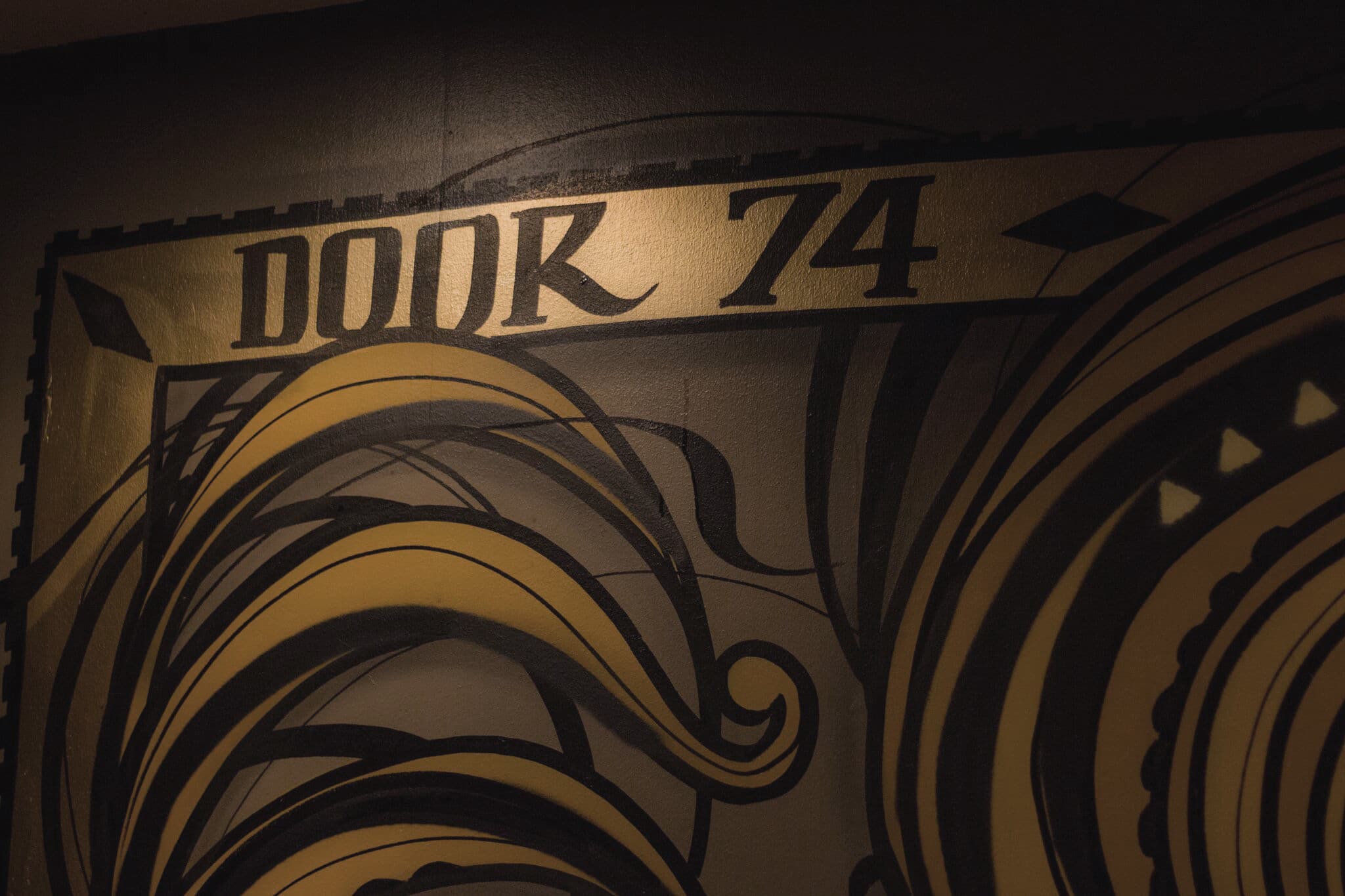 The experiences abroad confirmed his suspicion: he was born to be a bartender. “I remember my first shift at Door 74 very well. It was the craziest feeling I ever had. I was so excited about the opportunity to be on that stage.” When he left Latvia in March, Mr Ambrass embraced a motto he has followed religiously ever since: if you want to be the best, you need to learn from the best. “That is why I have huge respect for Timo Janse, for Sjoerd Muller [of The Tailor], for Tess Posthumus [formerly of Door 74]. I have worked with legends.”

Being the naive bird that I am, I asked him what it is that makes bartending so special. Mr Ambrass didn’t think twice. “Deep down in my soul, I’m an artist”, he said. “Every cocktail I make is a masterpiece for me. To witness people’s expressions when they see my creations makes my day.” He is the first to acknowledge that it’s not just about the drink, though. “It’s also about being a showman. In Amsterdam I saw what real bartending is all about: creating crazy flavours and shows that make people want to come back for more.” And that is exactly what Mr Ambrass intends to bring to his home country. “There are maybe five good bars in Latvia”, he told me while preparing my third Clover Club of the night. “That’s why I want the bartenders I met in Amsterdam to come over, and show them that bartending is more that making rum and coke.”

Mr Ambrass’s mission is just getting started. Riga’s 5-star hotel Grand Poet offered him a position as bar manager. The grand opening of this brand new hotspot is scheduled for January. Amsterdam will forever have a special place in his heart, but right now Mr Ambrass wants to focus on the bartending scene in Latvia. “They need me.”

“The first time I tried Sir Edmond Gin was in Door 74. I love it, especially combined with grapefruit, a little bit of rosemary and some Cucumber & Watermelon tonic or Cranberry tonic. That’s my perfect Sir Edmond Gin & Tonic. The vanilla gives it an interesting, funky flavour. I also have a Hanky Panky with Sir Edmond Gin in mind, which is based on a recipe Sebastian Cichowlas of The Tailor showed me. The vanilla, vermouth, amaro and cucumber will give the cocktail an amazing flavour.” 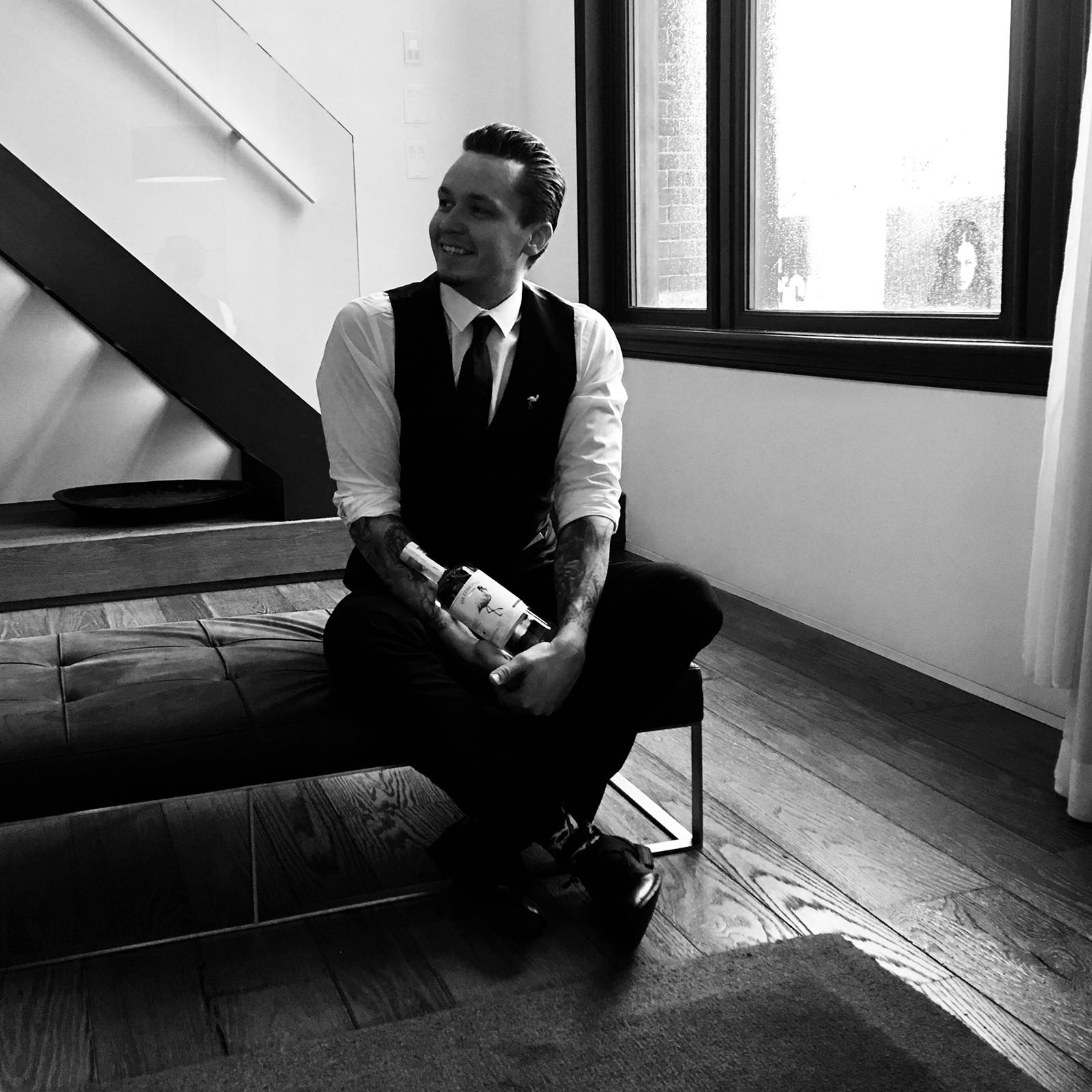