“Every element in a drink has to be perfect”

Looking for a best bartender cure? Rotterdam cocktail bar Dr. delivers, again and again. Succeeding his colleague Mr Alberto Matallana, Mr Ben Lobos is now the rightful owner of the title Dutch Diageo World Class Bartender of the Year. “The starting point of my career? The first day in my dad’s kitchen.”

When I chat with Mr Lobos – a name that immediately makes me want to shake my tailfeather – it has been a couple of weeks since his win. A crazy week, full of bartending events, interview requests and congratulations. “Things are definitely moving”, Ben deadpans, still barely believing his luck – which obviously isn’t luck at all.

Before we talk about the competition, tell me: how did you land at Dr.?

“I was travelling around Europe for a year and a half, checking out all the different cocktail scenes – Rotterdam was my first stop. I helped to build the Biergarten, which had the same owner as the Suicide Club and Ayla. When I was in Barcelona, they called me and asked if I wanted to come and manage the Suicide Club. I befriended Arno van Eijmeren, the owner of Dr., who said to me: ‘Maybe we can get you in a white coat one day.’ While I was travelling through Central and South America, he asked me to send my cv. That’s how, in June 2017, I landed at Dr.” 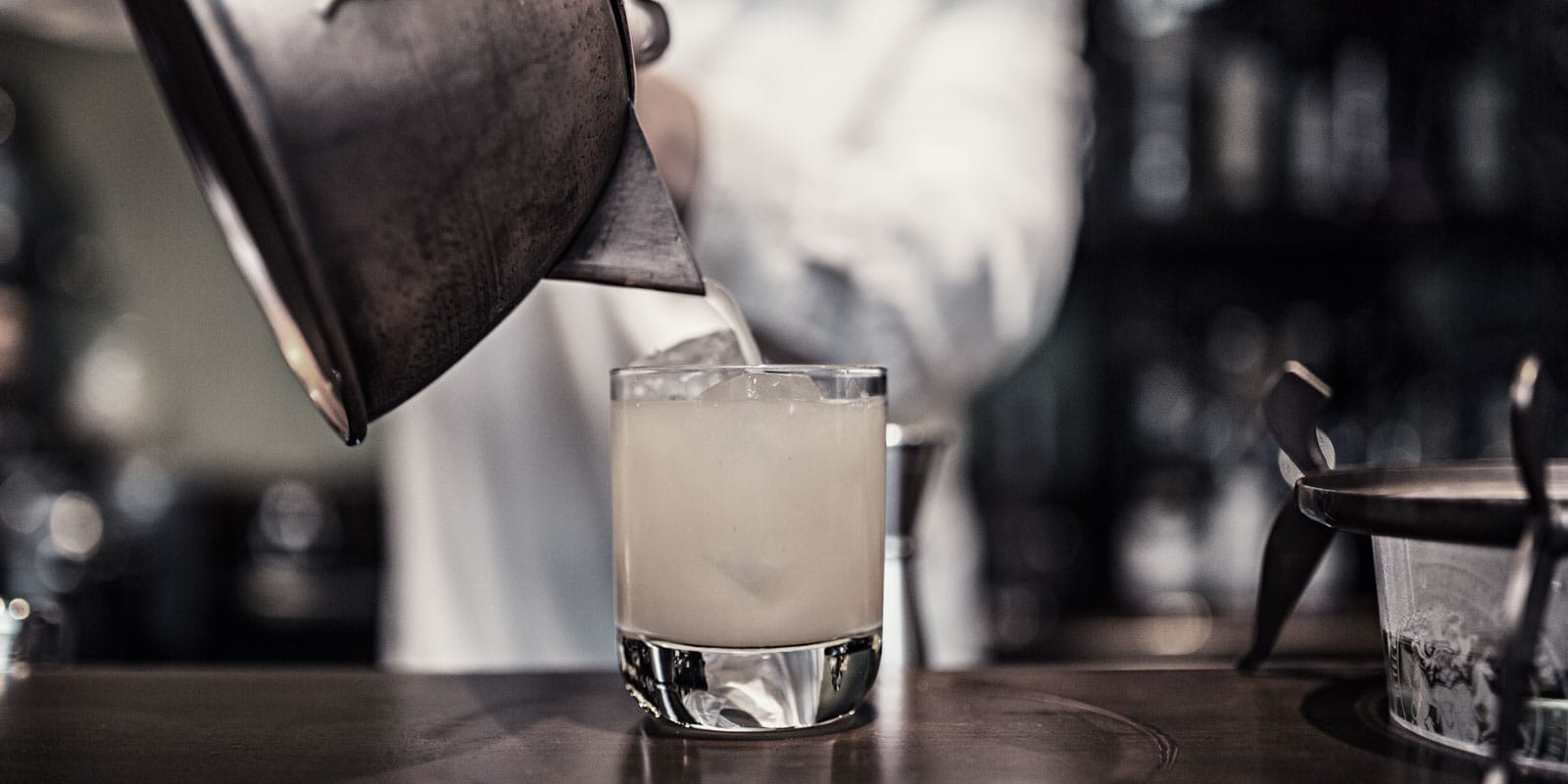 Where does your love for cocktails come from?

“My dad had a Spanish restaurant in Edinburgh, Scotland. When I was six years old, I was already peeling potatoes and prawns in the kitchen. Doing all the dirty work, always spending time around food and chefs, I was brought up in the industry. From there, I moved on to being a waiter and then a bartender. In the kitchen I really enjoyed the flavours, the aroma’s, the ingredients. As a waiter I really enjoyed the interaction with people. For me, being a bartender was like bridging the gap.”

Do you consider the bar to be a kitchen of sorts?

“Definitely. The industry is moving in that direction more and more. World Class jurors Nick Bril and Peter Lute [chef at The Jane in Antwerpen and ARC. in Amsterdam, respectively] told me they really liked the fact that I was using unusual ingredients in my cocktails. Bartenders are becoming more and more aware of kitchen techniques and how to manipulate ingredients to enhance whatever flavour a base spirit or modifier has.” 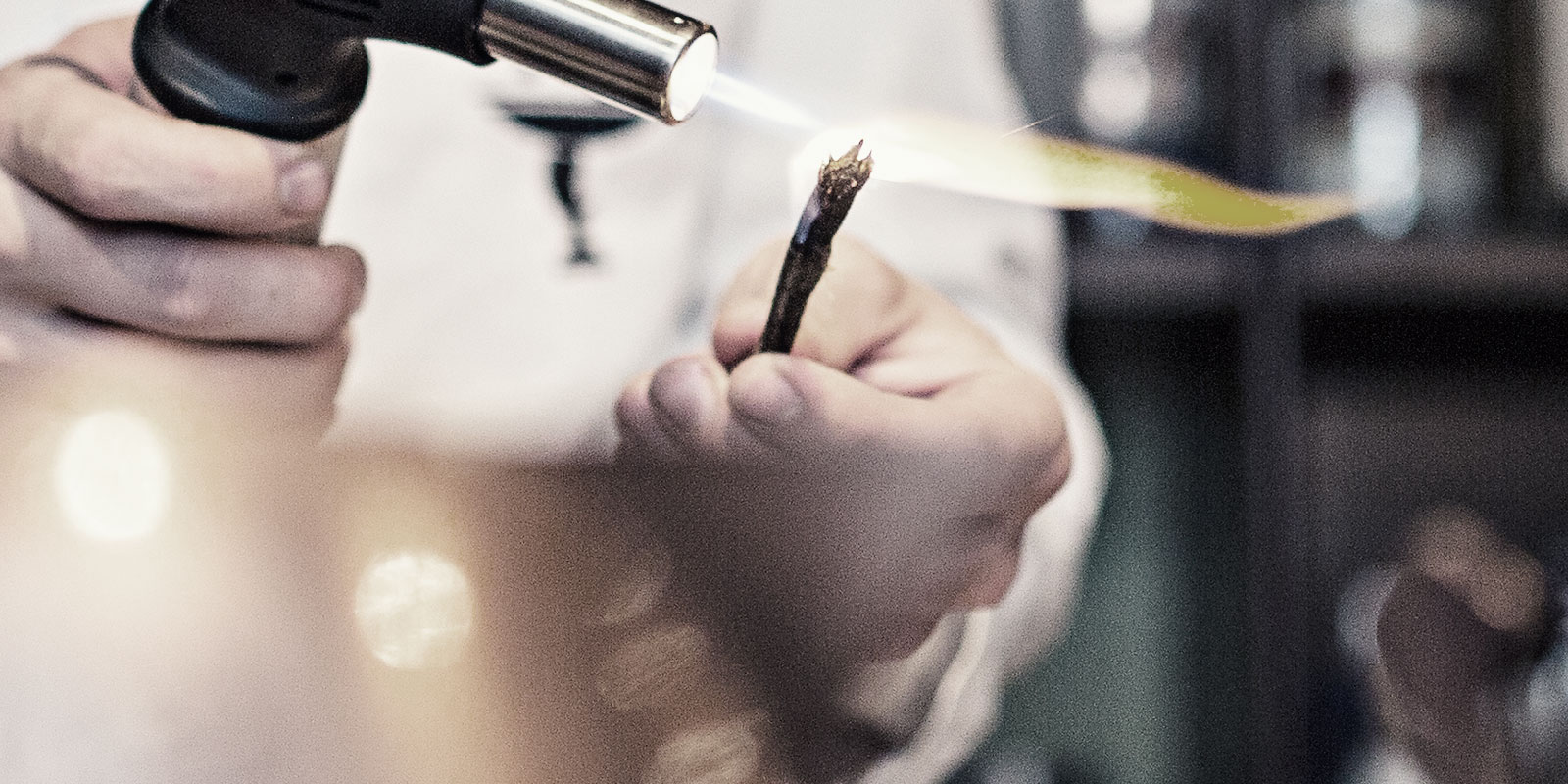 “During the pre-rounds for World Class, we had to make a signature drink. Mine had a prawn shell syrup. I cooked prawn shells at a really high temperature, so they were almost like crackers. I made a syrup out of that, which really enhanced the chili oils in my cocktail. I’m lucky to have lot of good friends who are chefs in Rotterdam. Floris Versluijs from In de Keuken van Floris, Hette Hettema from Ayla, Freek Dekker from Suicide Club: these guys are all fascinating young chefs who are pushing their boundaries and experimenting with different techniques. Being able to speak with them and work in their kitchen has been really beneficial.”

What would be your dream job?

“I would love to spend time behind the bar of The Aviary in Chicago. It’s exactly how I think a bar and kitchen should be combined. And they have an incredible ice program. I’ve been fascinated with ice for a while now, because of my conviction that every element in a drink has to be perfect. For example: using a larger ice block is going to keep your drink cooler for longer and dilute less than crushed ice. The quality of the ice is very important, as is the glass a cocktail is served in. For my winning drink at the World Class competition, I used a glass I bought at Oriole in London. It kind of looked like a mushroom, so it went well with my porcino mushroom and burned lemon shrub.” 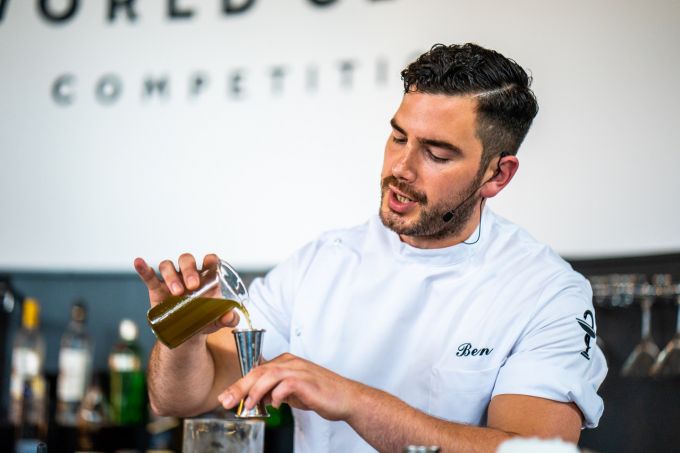 The Diageo World Class finals are in October in Berlin. What’s your battle plan?

“I’ve got my mind set on the finals, but I haven’t received the brief yet. By looking at the previous finals, I know there’s going to be a speed round. That’s going to be my biggest hurdle, because I’ve never really worked on a speed bar. I will be doing a lot of training on that. Whatever the challenges will be, I’m going to stay very true to myself.”

How would the best bartender of the Netherlands use Sir Edmond Gin?

I will definitely give it a go. Thanks for your time, Mr Lobos!