From battlezone to poolside

The legacy of photographer Slim Aarons

Slim Aarons–with a name like that you’re bound to be famous. Born George Allen Aarons in 1916, he enlisted in the U.S. Army at the age of 18 and soon found himself photographing maneuvers at the Military Academy in West Point, New York. When World War II started, Aarons charmed the powers that be into sending him overseas to work for a military magazine called Yank.

Armed with just a Leica camera, Aarons captured brutal fighting in Italy. He once saved colleague combat photographer Carl Mydans’s life. Aarons himself barely survived the invasion of Anzio when the Germans blew up a nearby dock in January 1944. The event earned him a Purple Heart, the U.S. military decoration for those wounded or killed while serving. “I gave it to a blonde I knew after the war”, Aarons deadpanned in a 2003 interview with Vanity Fair. “She said she liked the color.” 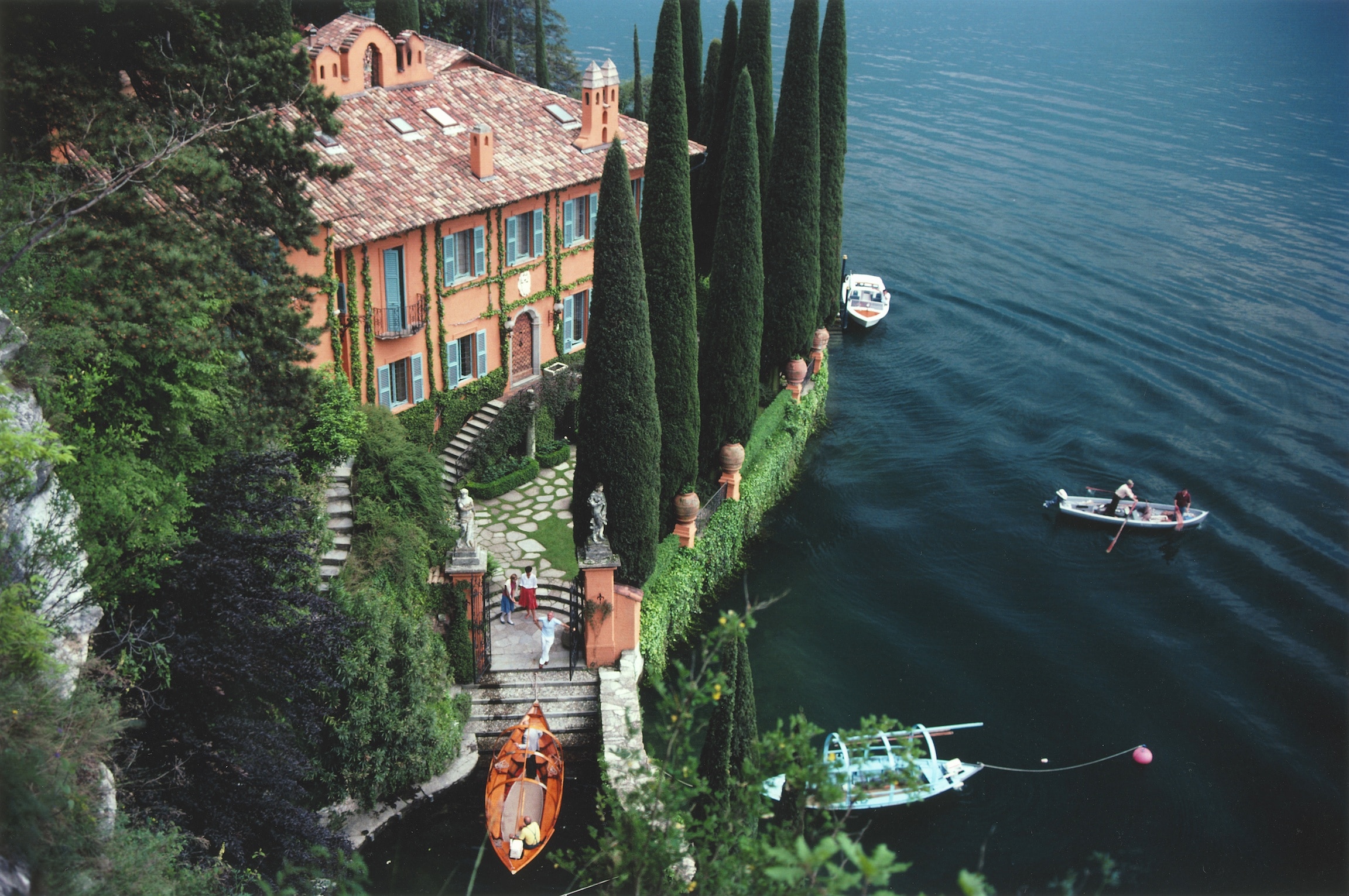 After the war, Aarons had no intention of going back to a battlezone like his famous contemporary Robert Capa did. He moved to sunny California and, in response to the horrors he had witnessed, started documenting what he called “attractive people in attractive places doing attractive things”. When Aarons returned to Europe, it was to photograph actors, actresses and aristocracy instead of armies. 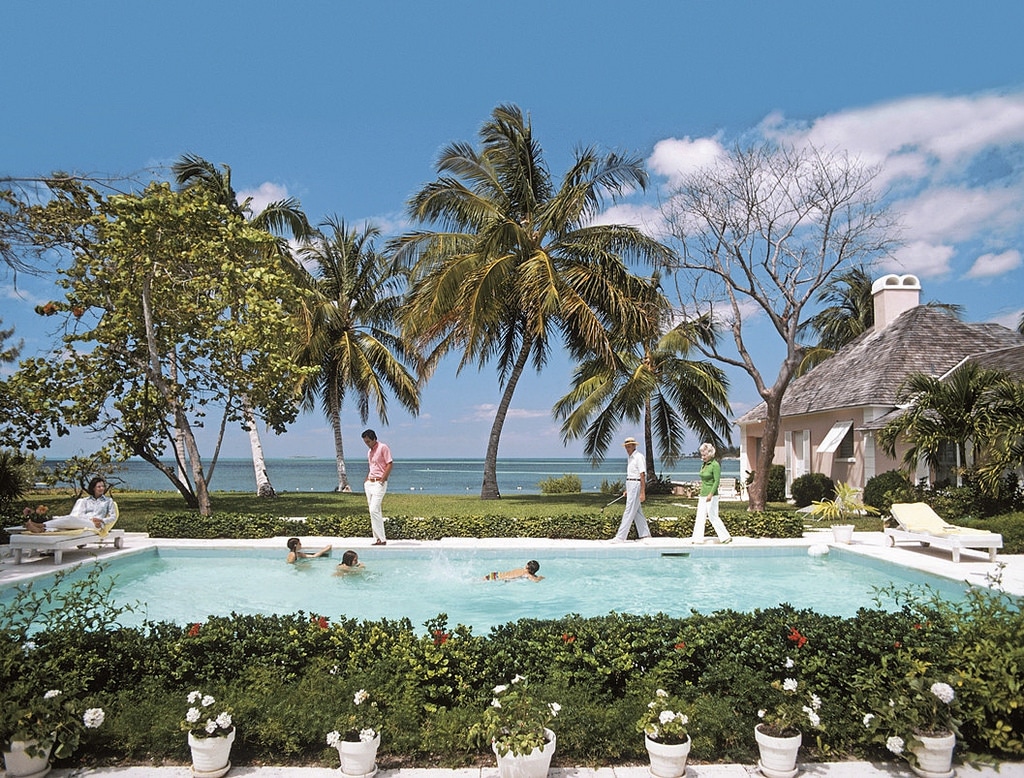 Working for popular magazine like Harper’s Bazaar, Holiday and Life, he never pretended to create high art. Whether Aarons photographed socialites relaxing by the pool or Hollywood stars getting their drink on, he was a welcome guest and skilled celebrity pleaser. Alfred Hitchcock reportedly liked Aarons so much that he decided to make the Jimmy Stewart character in Rear Window a photographer. 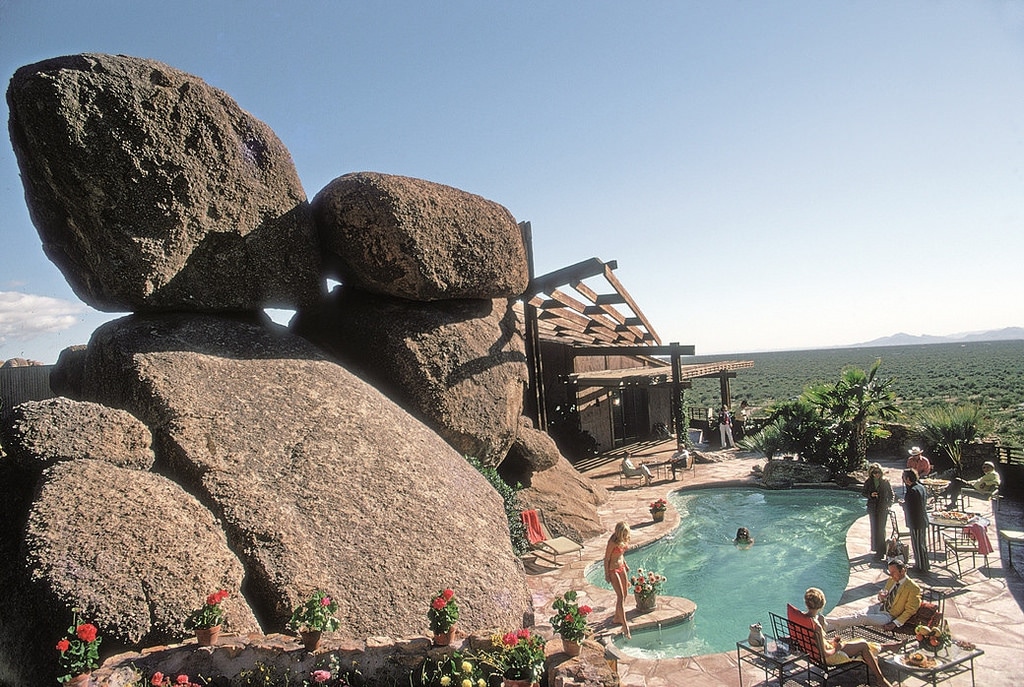 A large-scale revaluation of his original and influential photography took Aarons by surprise at the turn of the millennium, way past his retirement, when his 1974 photo album A Wonderful Time became a favourite among fashion designers, art directors and interior decorators. The elderly American enjoyed his newfound fame to the fullest before passing away in 2006 at the age of 89. After a life of immortalising the rich and famous of his time, Aarons had unwittingly become a legend. 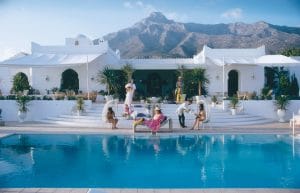