Boutique hotel with a bucket-list breakfast
I

magine a place where your neighbours are friendly mammals that might poke their long necks through the open windows in the hope of a treat. It’s not unlikely at the Giraffe Manor in Nairobi. Seeing is believing, so read on…

Giraffe Manor boasts two historical buildings that rival each other in beauty, the Manor House and the Garden House. Both contain one suite and five superior rooms, many of which are named after giraffes that lived or still live on the land. Daisy, Helen, Edd — take your pick! The Manor is hidden in the lush Langata suburb of Nairobi, an hour drive from the Kenyan capital’s international airport.

With their gorgeously overgrown facades and elegant interiors, the houses transport you to a bygone era. The history of this enchanting place, modelled on a Scottish hunting lodge, harks back to the 1930s, when East Africa started attracting travellers looking for a unique safari experience. The American conservationists Jock and Betty Leslie-Melville purchased the manor in 1972 and turned it into a sanctuary for the endangered Rothshild’s giraffes — Daisy was the first one they adopted. Tanya and Mikey Carr-Hartley bought Giraffe Manor in 2009 and turned it into the breathtaking boutique hotel it is today.

Of course, the herd of Rothshild’s giraffes is still the main attraction. They might visit the terrace in the morning or evening, looking for some company and a snack, before retreating to their private forest. An unforgettable experience that directly contributes to the preservation of these magnificent animals. Sir Edmond fervently supports the protection of African wildlife: for every bottle sold, there’s a donation to the African Wildlife Foundation, a Kenya-based charity dedicated to wildlife conservation and habitat protection.

We whole-heartedly believe that only by the collective efforts and positive choices of well-meaning people and organisations, endangered species can have the bright future they deserve. So let’s make their mission our mission, one sip at a time. 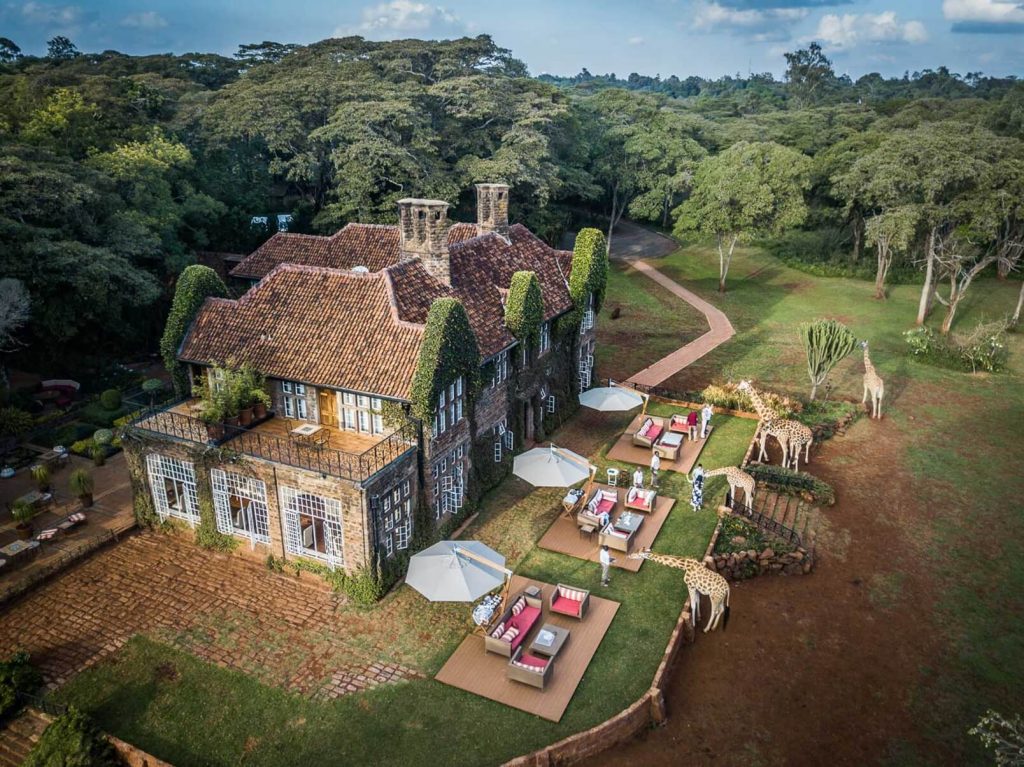