Ms Tess Posthumus laughs a lot while talking, spreading a happy energy that will make even the grumpiest bird sing. I caught the much sought-after Dutch bartender, all-round hospitality professional and novice bar owner in the midst of a busy week.

The 29 year-old has seen and survived plenty of those – and enjoys them. Ms Posthumus started working at Amsterdam speakeasy Door 74 in 2009, and from there catapulted herself to the highest ranks of bartending. At the 2015 Diageo World Class global finals in Cape Town, she rightfully earned the title ‘Best Female Bartender Worldwide’. The Dutchwoman has over time become a key player in the international cocktail universe, organising the Perfect Serve Barshow (28 and 29 May in Amsterdam) with her partner-in-crime Mr Timo Janse, preparing the publication of her book Cocktails met Tess in English, designing a second line of Tess branded bar tools, and managing her brand new bar Flying Dutchmen Cocktails (also with Mr Janse). 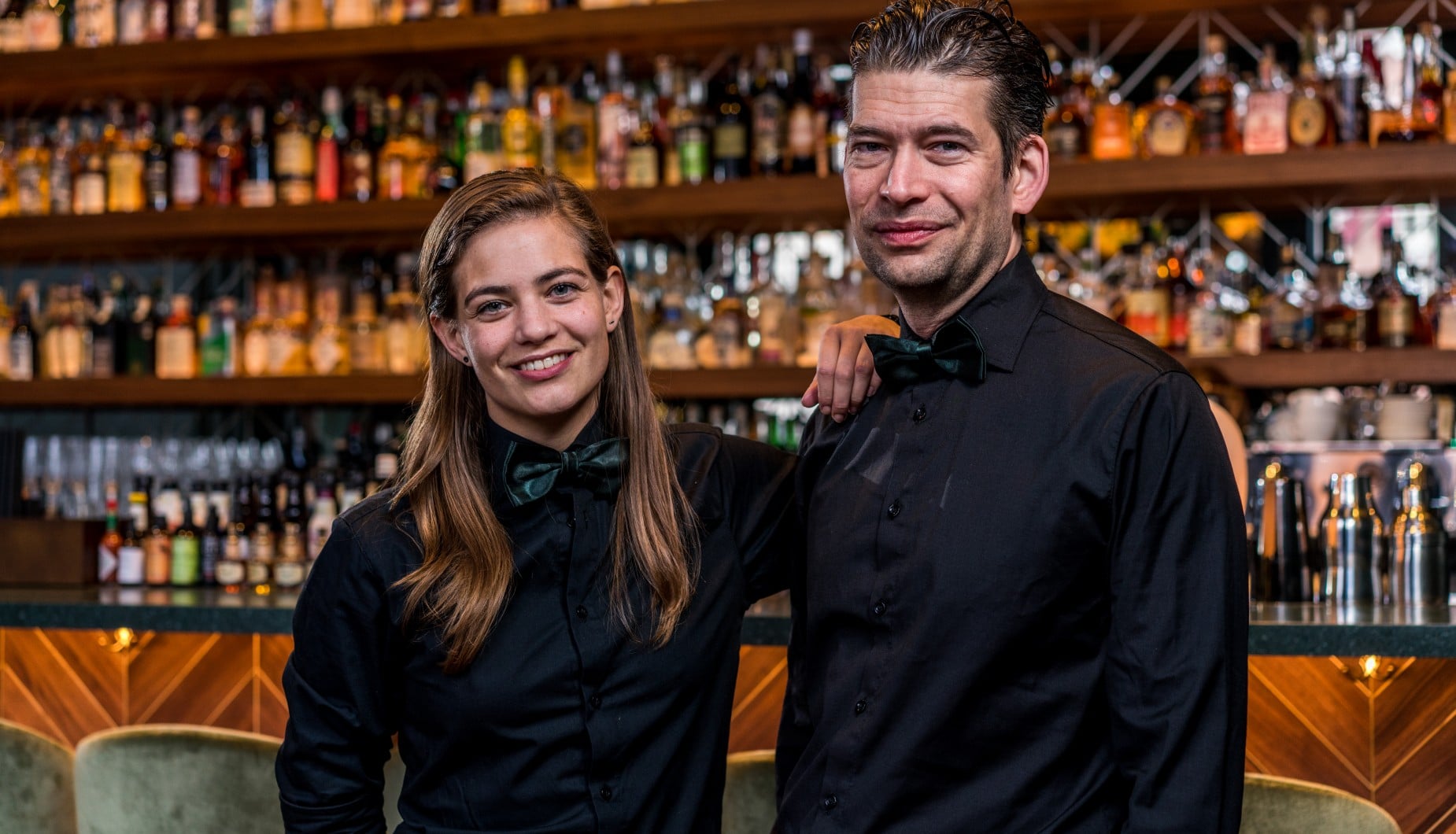 Hello Tess, I want to know how you got where you are by starting with the obvious question: what was your drink of choice as a teenager?

“Haha! Usually beer, because I liked going out and didn’t have a lot to spend. But also Apfelkorn and Southern Comfort, which made me feel really cool because it was a whiskey-based liqueur.”

Were there early clues that a career in hospitality might be for you?

“I remember buying a really cheap bottle of rum at the liquor store to make a cocktail with grenadine for my fifteenth or sixteenth birthday. In Breda, the city in the south of the Netherlands where I grew up, Café Jansen was the place to be. I managed to get them to sponsor my hockey team. And at my high school I was the president of the party committee. So yeah, looking back there were a lot of clues, although I had no inkling yet that I would one day become a bartender.”

When did that change?

“When I moved to Amsterdam to study Media & Culture and Sociology. In 2009 I started working as a waitress at Door 74, and found out that the bartending world was very big and interesting. It gave me energy! And those studies? They resulted in two theses. One about James Bond and his choice of drinks, the other about genever and the influence of globalisation.”

What do you consider to be the key moments in your career?

“While working at Door 74 I started participating in cocktail competitions – and winning them. Then people began asking me to do workshops and create menus, so I registered as a freelancer at the Chamber of Commerce. After my graduation I decided to turn it into a career, encouraged by my girlfriend. Within two months I knew I had made the right choice. Another key moment was winning the Disaronno The Mixing Star competition in 2013. That was my international breakthrough, resulting in a lot of requests. Funny enough it wasn’t until two or three years later that the Dutch hospitality scene really started noticing me.”

Are you a competitive person by nature?

“No, not really. I participated in competitions mainly to grow my network and to see what else I needed to learn to work on an international level. I didn’t expect them to launch my career this quickly. In the Netherlands there are only three bartenders who won an international competition: Robert Schinkel, Timo and me.”

How was it to leave Door 74 in September last year?

“Door 74 was my home for eight years. Saying goodbye really felt like the end of an era. Especially since Timo and I left at the same time to start our own bar. The farewell party was great though. Everybody was there, from regulars and friends to Door 74 owner Sergej Fokke.”

You and Timo opened Flying Dutchmen Cocktails in January. How is it going?

“Very well. We now have six people working for us, four full-time and two part-time. Me and Timo are behind the bar two to three days a week, and together we guide and train the staff. Opening Flying Dutchmen Cocktails brought some peace into my life; the bar is the perfect location for my workshops and trainings.” 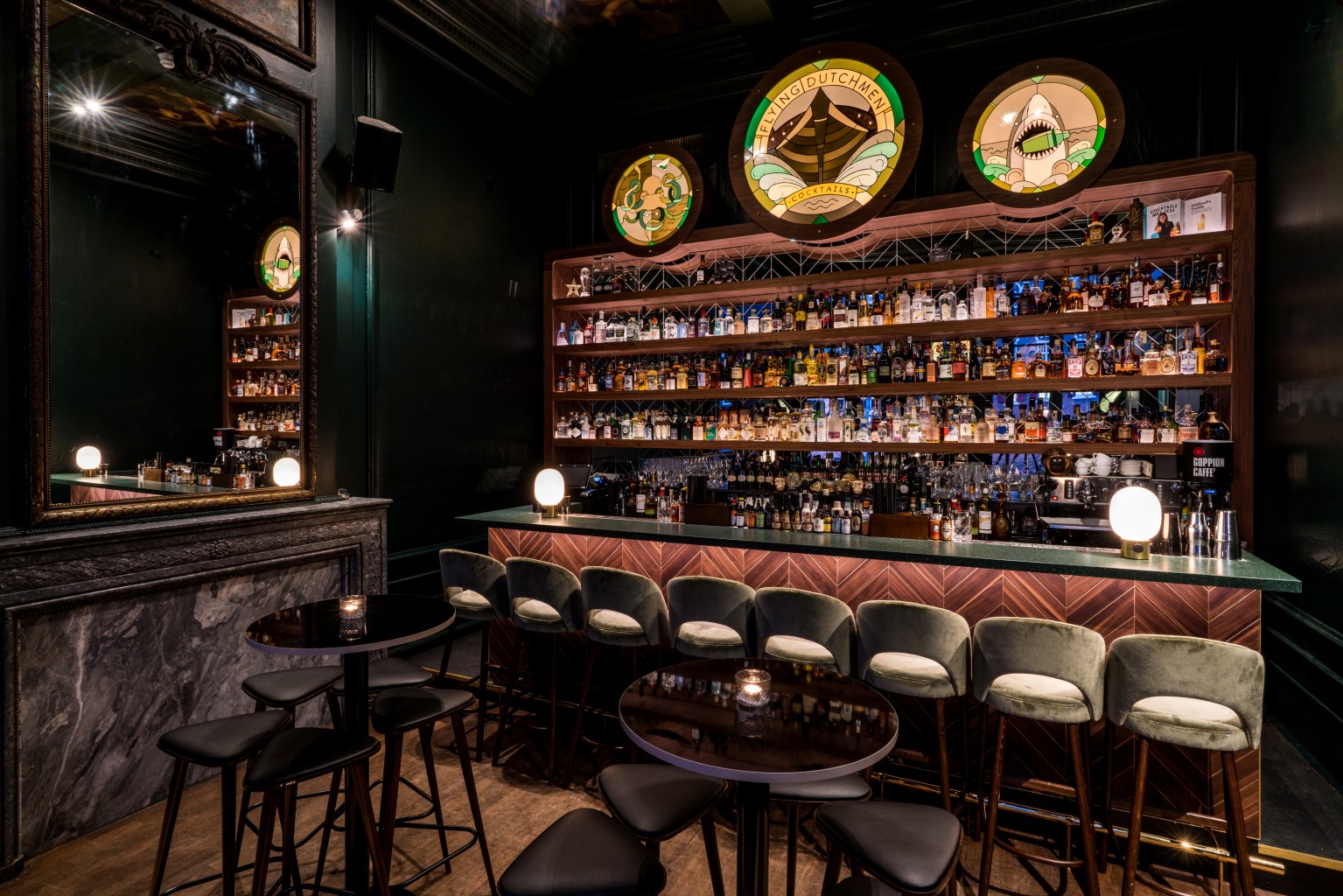 The news that you and Timo were starting a bar created high expectations. How did you deal with that?

“We did two things. Acknowledging those expectations and acknowledging that we wouldn’t be able to live up to them. Our bar is open daily from 5PM to 4AM, so we simply can’t be there all the time. We both like spending time on other projects as well. Besides, if we want to teach the craft to our staff, we have to put our trust in them. Flying Dutchmen Cocktails is our philosophy, sure, but it’s not the Timo and Tess show.”

I’m proud to see my gin on the back bar. What do you think of Sir Edmond?

“It brings a new taste to the gin spectrum. Compared to the citrus forward gins, the flowery gins and the spicy gins, Sir Edmond is more on the fruity, sweet side. There’s definitely a lot you can do with it.”

“I immediately think about fruity, summery drinks. With strawberry, passion fruit or tropical fruit, for example. Fresh and not too strong. A very nice option is a Gin Sour with raspberry syrup instead of sugar syrup. That way you add a floral flavour while preserving the sweet tones of the gin, creating some complexity.” 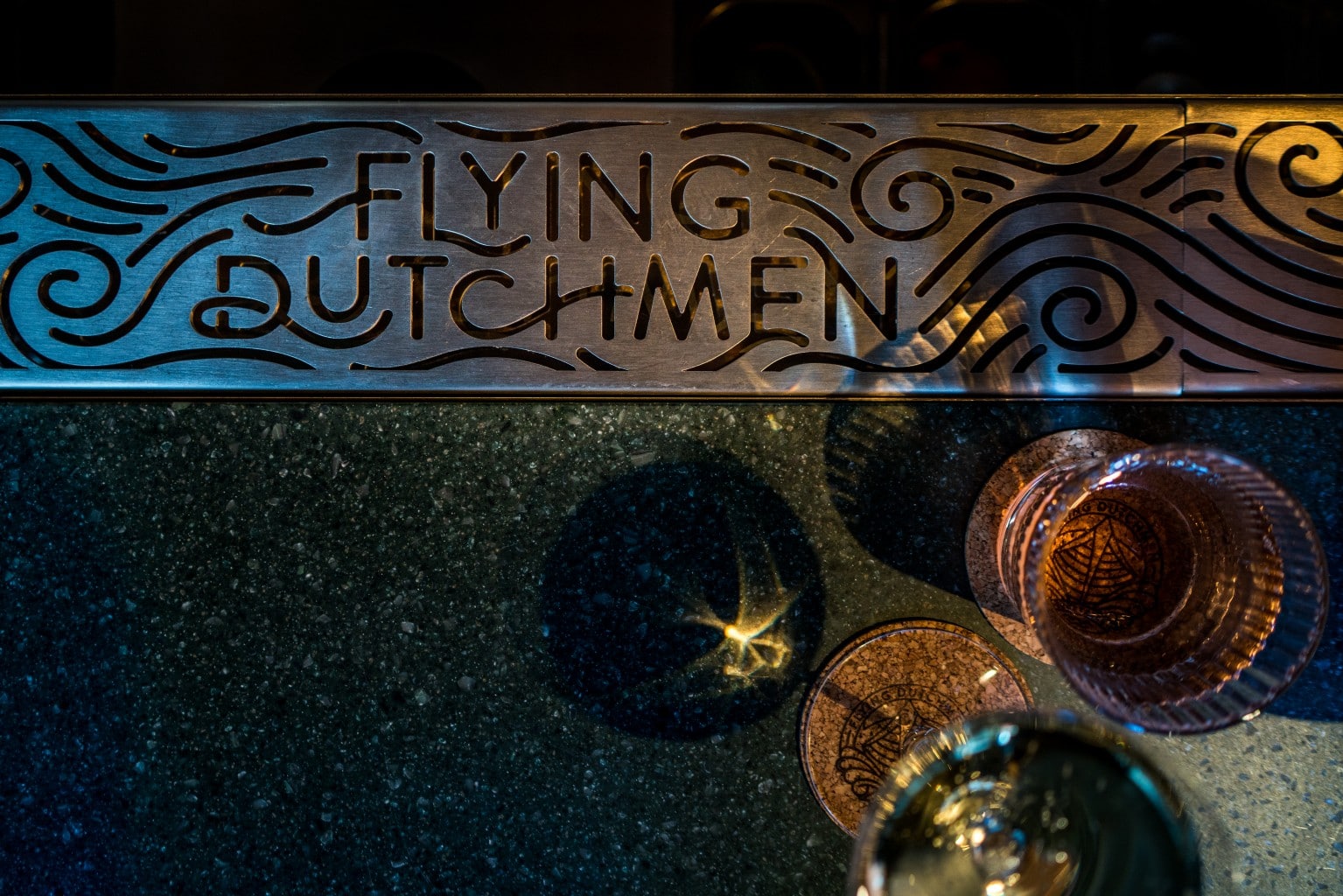