And protect Africa's most threatened species together
T

he protection of African wildlife is a cause dear to Sir Edmond. Not only because we have a thing for flamingo’s, but also because the defining ingredient of our gin is from Réunion, the island paradise east of Africa. Here’s how we can join forces to preserve fragile ecosystems.

The African Wildlife Foundation, founded in 1961, is a Kenya based charity that dedicates its passion and funds to wildlife conservation and habitat protection, but also to community empowerment and economic development. In the past sixty years, the foundation has, among many other things, built education centers, established extensive conservation areas, launched public awareness campaigns and supported anti-poaching projects.

What you can do

The AWF is one of the most active and influential wildlife foundations in the world. Their work is more crucial than ever; the decline of species is devastating to ecosystems and securing Africa’s wild lands gives keystone species like elephants, rhino’s, lions, cheetahs and chimps a fighting chance to survive. Helping the AWF to do the right thing is easy: just go to their website and either donate (once or through a monthly gift) or start your very own fundraising campaign. Your contribution, however big or small, will directly benefit the preservation and protection of the animals that make Africa such a miraculous continent.

What Sir Edmond does

Sir Edmond is a product of the world. Literally. The botanicals that give our gin its unusual character come from southeastern Europe, Central America, Greenland, China, and Africa – our Bourbon vanilla is from Réunion. Since we enjoy the fruits of Mother Nature every day, we feel it’s our responsibility to return the favour. That’s why for every bottle sold, there’s a contribution to the AWF. We whole-heartedly believe that only by the collective efforts of well-meaning people, fragile ecosystems can be restored to the way nature intended them to be. So let’s protect Africa’s most threatened species together, make their mission our mission, one sip at a time. 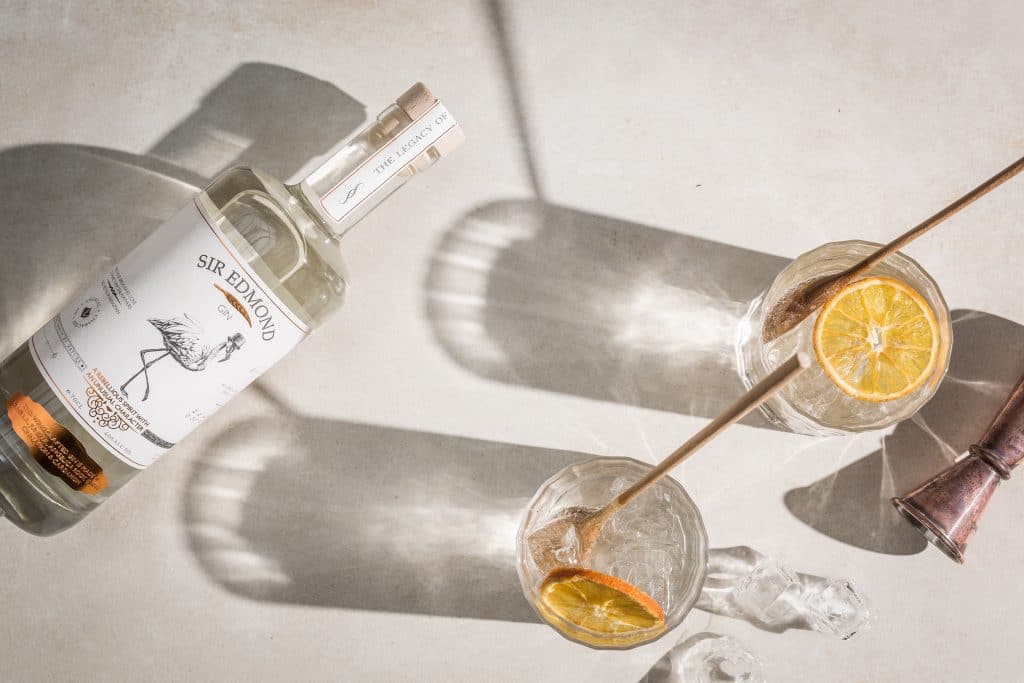