“On Bonaire every day is a new adventure”

hen he moved to Bonaire ten years ago, Ivan Torres didn’t know he was in for such a long love affair with the island. The 32-year-old bar manager of Ocean Oasis Beach Club is far from done with the Caribbean paradise, although he secretly dreams about opening a very special bar in his home country Colombia.

He looks completely at ease, sitting on the sunny terrace in front of his house. Ivan was seventeen when he first set foot on the Caribbean island that has been his home for over a decade now. It was only a vacation — a year later he joined the Colombian military. A “beautiful experience”, he reflects, but also a tough one because of the drug-related violence in his home country. After three years in service, Ivan quit his job and decided to travel around the world before settling down on Bonaire.

“Because I fell in love with the island when I first came here. It’s peaceful, quiet. I grew up in Medellín, the second-largest city in Colombia. When I went home three years ago, I realised I don’t like the chaos, the big buildings, the cars. Bonaire may be small [for the Dutch readers: roughly twice the size of Texel], but the island attracts visitors from all over the world: Europe, the United States, Latin America. I met new people all the time and never felt alone. Every day is a new adventure.”

How did you end up at Ocean Oasis?

“When I moved to Bonaire, I started out as a gardener. Then I made the switch to working at restaurants, where the art of mixology caught my attention. I did a course at the European Bartender School to learn more about spirits and mixing and balancing flavours. In the past ten years, I’ve worked in almost all the beach clubs on Bonaire. Talking to people and serving them great drinks is very fulfilling for me. Two and a half years ago I started at Ocean Oasis. We don’t want to be just another beach club, but offer exclusivity: the best quality, the best products and the best customer service.”

Do you have a mentor?

“Yes, and as matter of fact I’m currently working with him. John Ceballos is the general manager of Ocean Oasis, and also from Colombia. We used to work together at the Plaza Resort and later on at a beach club called Spice Beach. I consider him my mentor because I learned a lot from him about management and hospitality. He believes in me and always gives me the opportunity to show and develop my skills. In this profession, I feel like I’m learning new things every day. I love sharing ideas with other bartenders and mixologists, it’s my passion.”

What does a working day look like for you?

“After the lockdowns people are eager to go out again, to party and have fun. Every Friday we organise a big party until 2 a.m. for 600 to 800 people. We bring in DJ’s from the Netherlands, the US, Aruba or Curaçao. I open three bars on nights like these, so you can imagine how busy and complicated it is. In my role as bar manager, my main tasks are planning for the next event and making sure that the bars run smoothly and all the bartenders have their tools and their spirits. I’m behind the bar most of the time with my eight colleagues, or I’m running tables or hosting.” 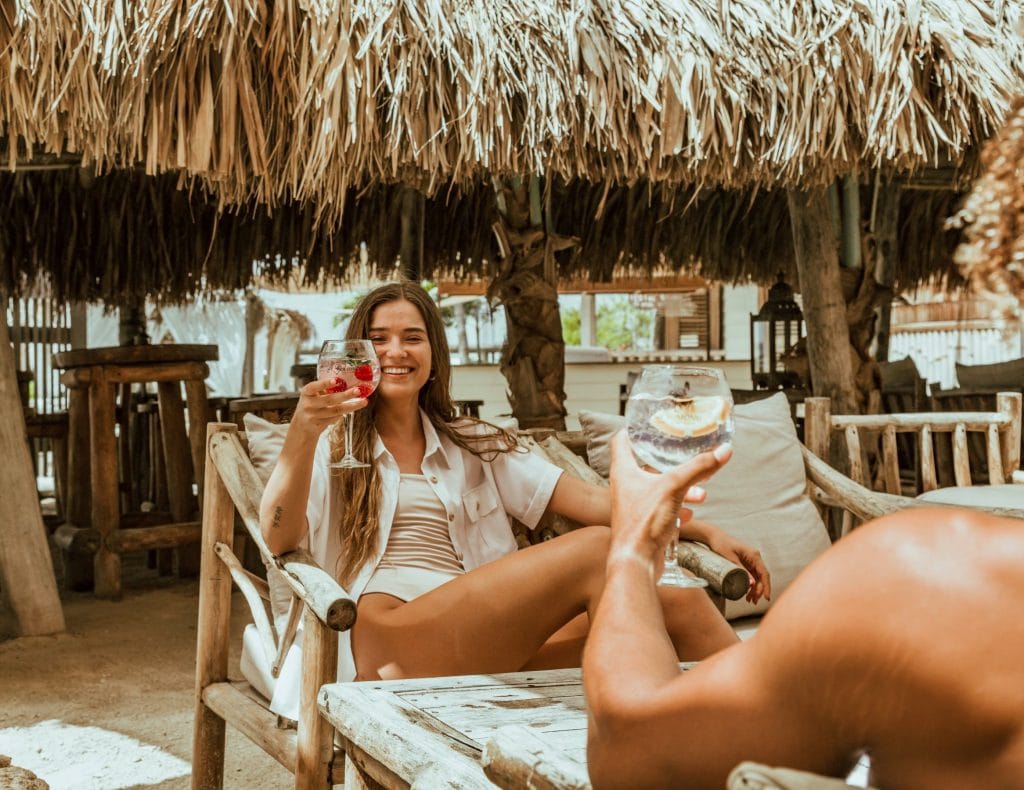 How do you spend your days off?

“I like going to the ocean, one of the best places in the world to be, and spending time with my Dutch girlfriend. When I’m not working, I’m just chilling and enjoying the moment. One of my hobbies is going out for nice dinners, and I also like to scuba dive. Bonaire is known for being one of the best dive destinations in the Caribbean.”

What are your professional ambitions?

“One of my biggest dreams is to bridge the gap between the kitchen and the bar by creating good food pairings — what already happens with wines, but then with cocktails. Another dream is to go back to Colombia and open my own pop-up bar in the city. Not the typical party-style Latin American bar where everybody is just drinking shots of tequila or rum, but a Dutch-themed bar. I would love to sell both old-fashioned and new generation cocktails, as well as craft beer and Dutch snacks like bitterballen (breaded and fried meatballs) en viskroketjes (fish croquettes). But before I make the jump, maybe in two or three years, I first need to learn more.”

How did you get to know Sir Edmond Gin?

“In addition to my job as bar manager, I’m working as a sales rep for Statiegeld, a Bonaire-based company that imports spirits from the Netherlands. Sir Edmond caught my attention because of the vanilla. Normally I’m more into the earthy and woody flavours of whiskeys or cognacs, but the floral aromas and botanical flavours give this gin something special. It’s really smooth, a gin that can go with anything.” 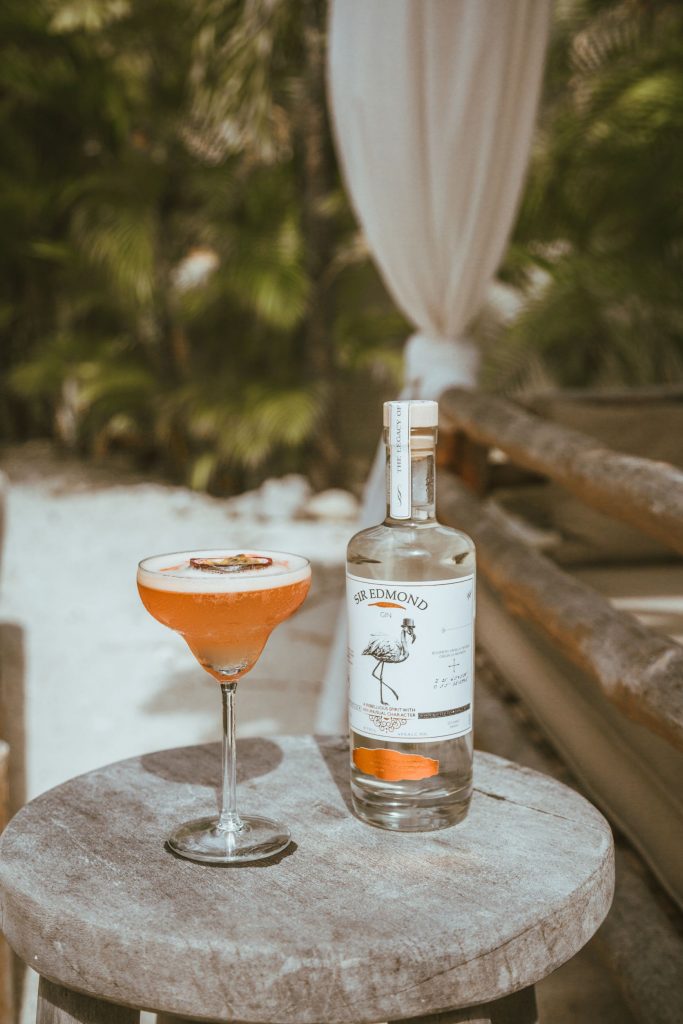