Mr Timo Janse is not your average bartender, he is an unusual character. In his career, he has made over 600.000 cocktails. About once a month, the multiple award-winning Amsterdam-based connaisseur spreads his wings to show off his skills at hotspots all over the world. From Antwerp to Beijing, from New Orleans to Taiwan – his air miles just keep stacking up. The other day I got to fly by his side for a while, he just returned home from a gig in Saint Petersburg.

In Russia’s second largest city, Mr Janse gave a seminar at a cocktail convention and served as guest bartender in the cosily crowded One & Half Room. His next stop: Berlin. After that: Lisbon. And then… he can’t even keep track. Every city offers a different experience, the master bartender says. He will never forget that time he performed his magic on the 90th floor of a Shanghai skyscraper, with the city bustling at his feet. What the holy grail of bartending is? After some quiet deliberation, he settles on the Savoy Hotel in London. “Working there must be very cool.”

This month, Mr Janse’s nine year stretch as bar manager at Amsterdam’s first speakeasy style cocktail bar Door 74 will come to an end. Besides being a much sought-after guest bartender, he divides his time between being the owner and organizer of the Perfect Serve Barshow, a convention for cocktail bartenders, and co-owner of the Amsterdam Cocktail Week. He is also secretary of the board of the NBC, the Dutch branch of the International Bartenders Association. When asked about his secret to success, Mr Janse answers in a deadpan manner the Dutch are famous for. “Work hard,” he says. “Go to seminars and masterclasses. Participate in competitions.” And most importantly? “Always answer your emails.” 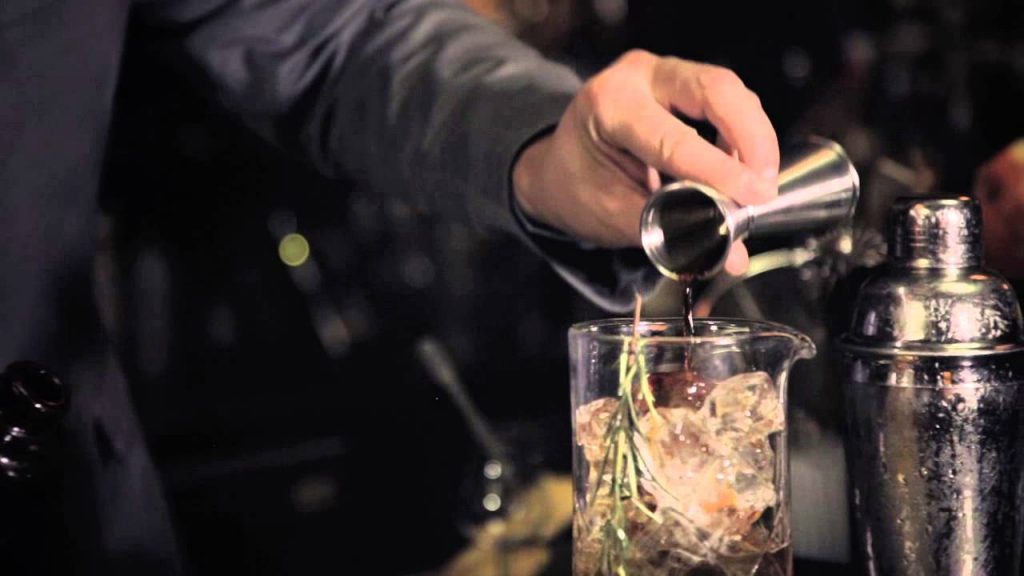 His creative juices started flowing over a decade ago, while working at The College Hotel in Amsterdam. “I always loved being a bartender,” he explains. “That’s where I found out that I could apply my creativity to cocktail making. There’s an infinite amount of ingredients and therefore an infinite amount of possibilities.” No wonder he uses Sir Edmond Gin in a wide variety of serves. “In a gin and tonic, I like to combine it with Fentimans tonic, half a passionfruit and a sprig of rosemary. That’s my perfect serve.”

Mr Janse knows best. You know what to do.