The inside joke of two spirited gentlemen

In my Perfect Serve series, I will take you on a trip around the world in search of cocktail perfection. The first six parts were dedicated to The Clover Club, Free Bird, The Flower Next Door, Up and Over, The Upper Hand Collins and Fire Bird, the seventh part is an ode to friendship.

The man with the shiny black hair and the cocktail connoisseur don’t need a lot of words. True comradery can be communicated in a glance, noticed by nobody but the people that exchange it. The Later Gator is an ode to exactly this special kind of relationship – a pact between two gentlemen that were bitten by the booze bug a long, long time ago.

More about that in a minute. First a little bit of music history. In 1956 See You Later, Alligator, a song written (and first recorded) by swamp pop pioneer Bobby Charles, was a top ten hit in the United States for Bill Haley and His Comets. The chorus was so childishly simple that it became a popular catchphrase. 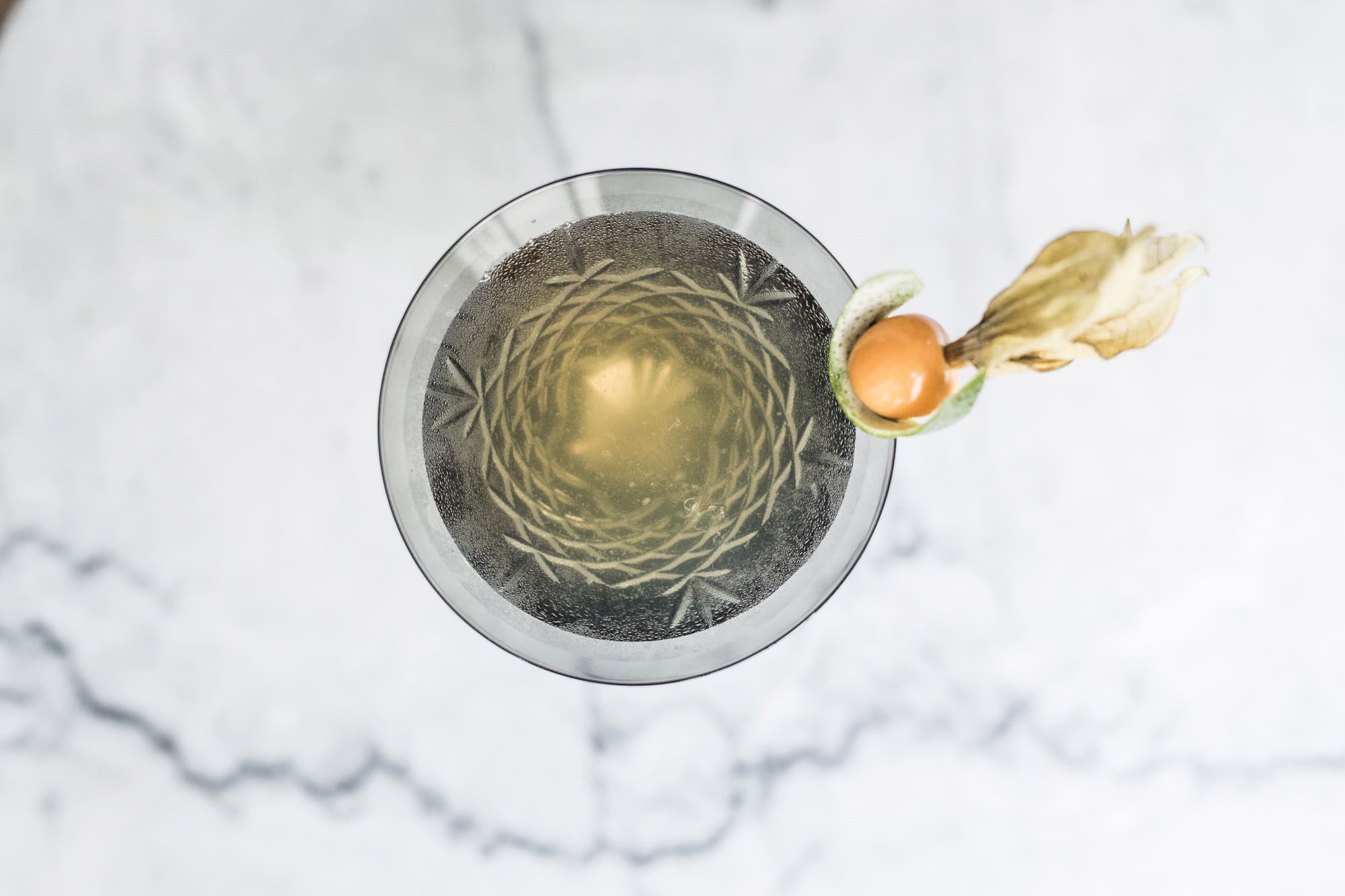 See you later, alligator / In a while, crocodile.

Although both the song and the catchphrase lost their cool in the sixties, they stuck around somehow. In Amsterdam, one can hear the two aforementioned gentlemen shorten it to later gator, accompanying their inside joke with a cheeky grin and a barely visible hand gesture that can only mean in a while, crocodile.

When the man with the shiny black hair asked the cocktail connoisseur to create a serve that paid tribute to their friendship, the latter instinctively took bottles of Sir Edmond Gin, Chartreuse and Kamm & Sons off the shelf and got to work. There was only one appropriate name for the incredibly tasty result: See the waiter for a Later Gator, alligator!

Shake and fine strain, garnish with lime zest and physalis 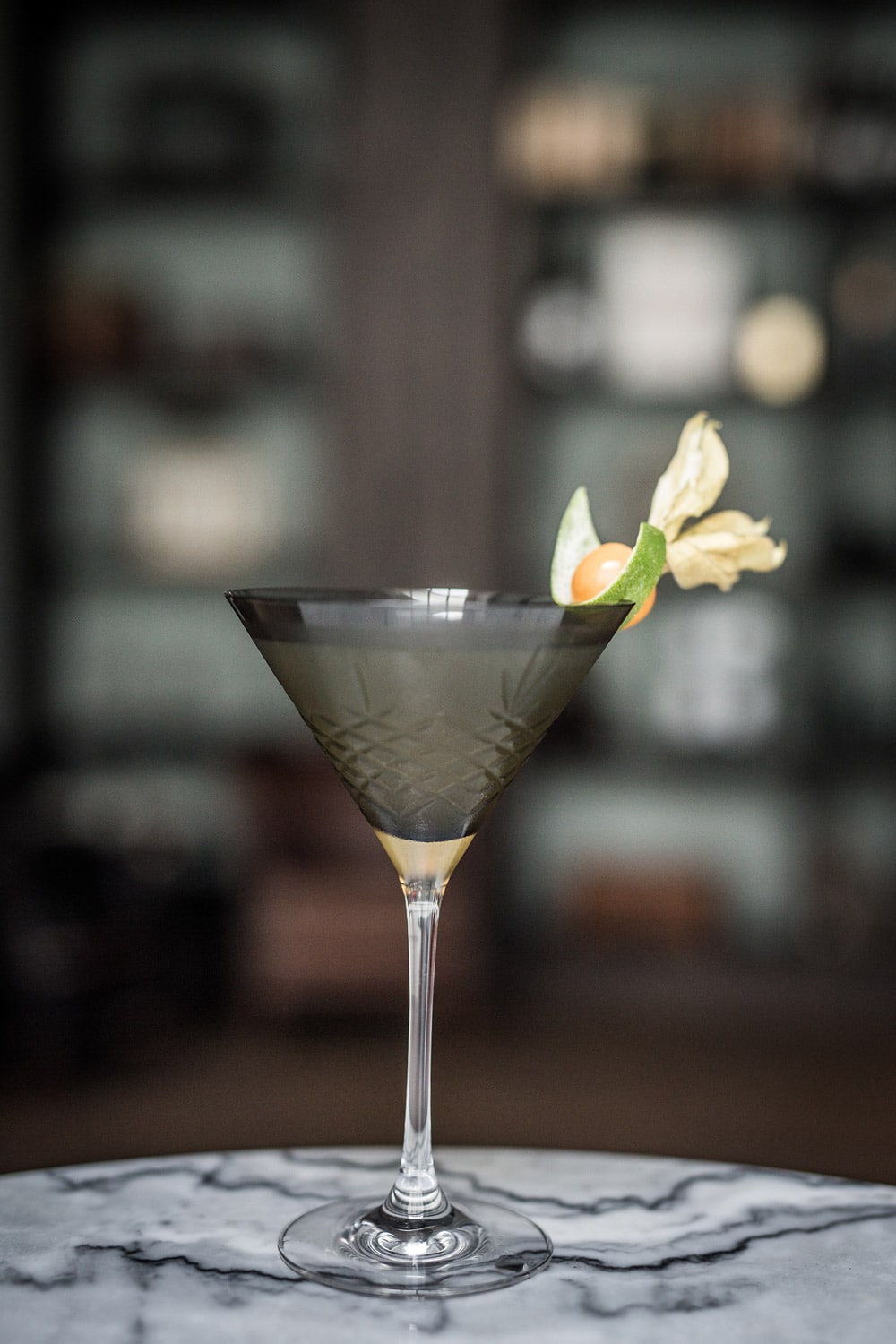