In my Perfect Serve series, I will take you on a trip around the world in search of cocktail perfection. The eighth part of our journey is dedicated to The Final Retreat, a drink that is best described as a tropical mystery.

In the middle of the Pacific Ocean lies a small and remote tropical island that’s being guarded by hundreds of giant stone statues. It is surrounded by water as far as the eye can see, and far beyond. The closest form of civilisation is Pitcairn Island, more than 2.000 kilometers away. Should you want to retreat from for an extended period of time, or maybe even forever, ‘Rapa Nui’, better known as Easter Island, is the place to be.

This Chilean paradise poking out of the ocean has been intriguing locals, scholars and tourists for decades. Or more precisely: the moai have. These enormous stone sculptures were carved between 1100 and 1680 by the indigenous Rapa Nui people, with the tallest erected statue, Paro, measuring almost ten meters and weighing 82.000 kilo’s. Some of them have become buried up to the neck by shifting soils, explaining why people incorrectly refer to them as the ‘Easter Islands heads’.

Too much details? Pardon me, I’m just a sucker for stories that involve spectacular places, gravity defying art and a hint of magic. Blame my ‘the sky’s the limit’ upbringing for me being such a curious creature, and consider The Final Retreat my delicious attempt at unearthing a tropical mystery.

Blend with crushed ice, garnish with pineapple and mint sprig 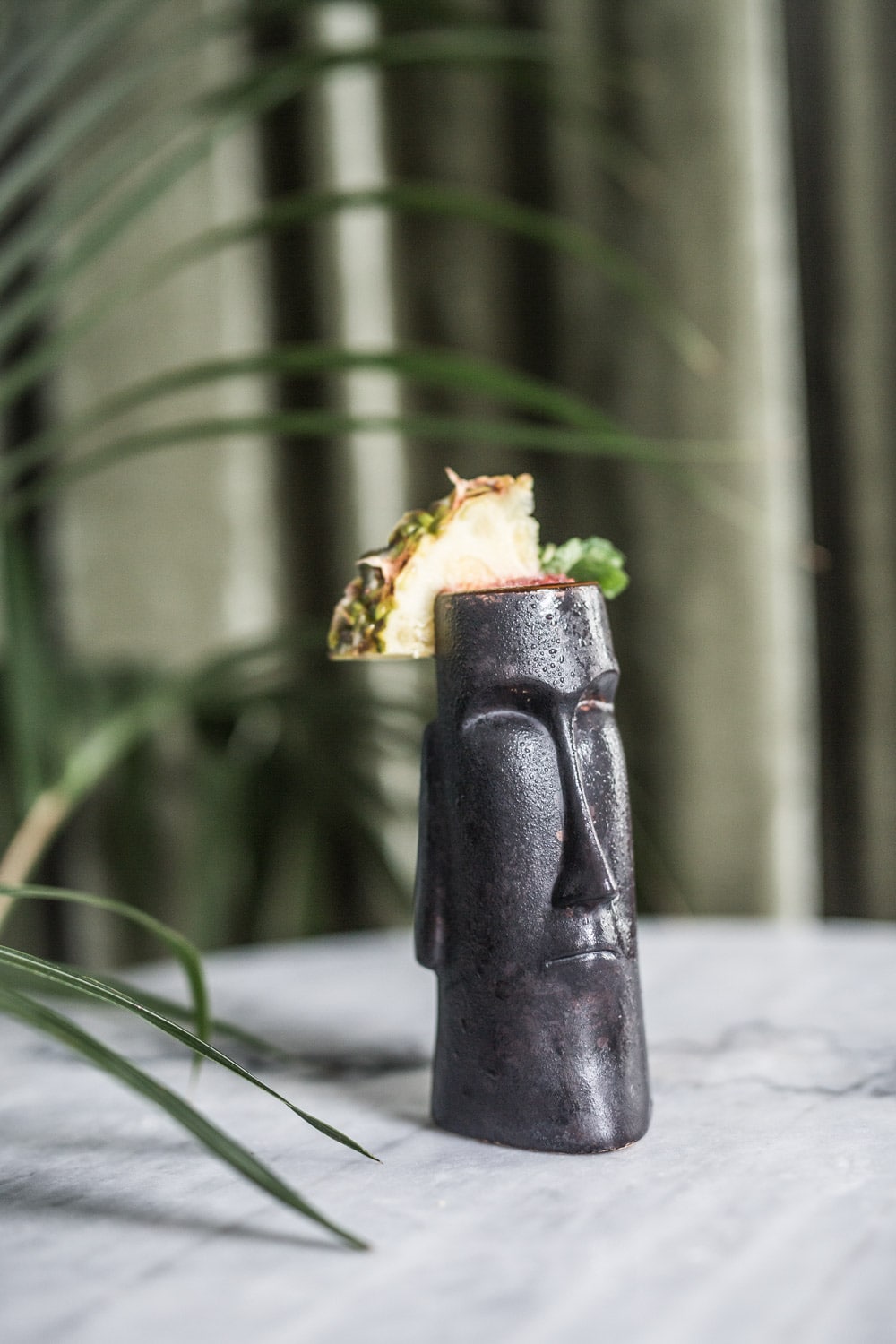