Since Sir Edmond Gin was founded in 2016, the Bourbon vanilla infused spirit quickly made a name for itself among bartenders, consumers and blind tasting panels. The gin, produced in the Dutch city of Schiedam, won a master medal at The Global Spirits Masters 2017, an additional gold medal at the 2019 edition and is two times awarded at the 2020 edition.

In 2019, the brand’s leadership decided to concentrate more of its efforts on online availability, resulting in a strategy to successfully build the brand in different channels, across different countries. In 2020, that strategy is starting to pay off.

Co-owner Dominique Makatita: “It has been a special year so far. Despite the current Covid-19 situation, which forced us to come up with a creative approach to the spirits industry, we managed to expand our digital footprint once again. We are very convinced of Sir Edmond Gin’s international potential. The fact that we’re able to quickly increase our online availability affirms that conviction.”

With the addition of France and Portugal, Sir Edmond Gin is now online available in 16 European countries, including the Netherlands, England, Spain, Germany, Italy, Belgium, Denmark, Norway, Sweden, Scotland, Ireland, Wales, Austria and Hungary. Makatita and his team are far from done. “There is still a lot of market potential to be unlocked,” he says. “It’s great to see that the new markets we enter respond positively to the energy and quality we put into the brand every single day.”

Sir Edmond Gin originated from the founders’ need for a gin that was both unique and versatile. They took inspiration from the way Michelin star chefs used Bourbon vanilla from the islands of Madagascar and Réunion (formerly called Île Bourbon) in their culinary creations. Because of its popularity and limited availability, Bourbon vanilla is the second most expensive spice in the world, after saffron, and more valuable than silver by weight. Sir Edmond Gin entering the French market is only fitting: Réunion, the birthplace of Bourbon vanilla, is an overseas department of France. 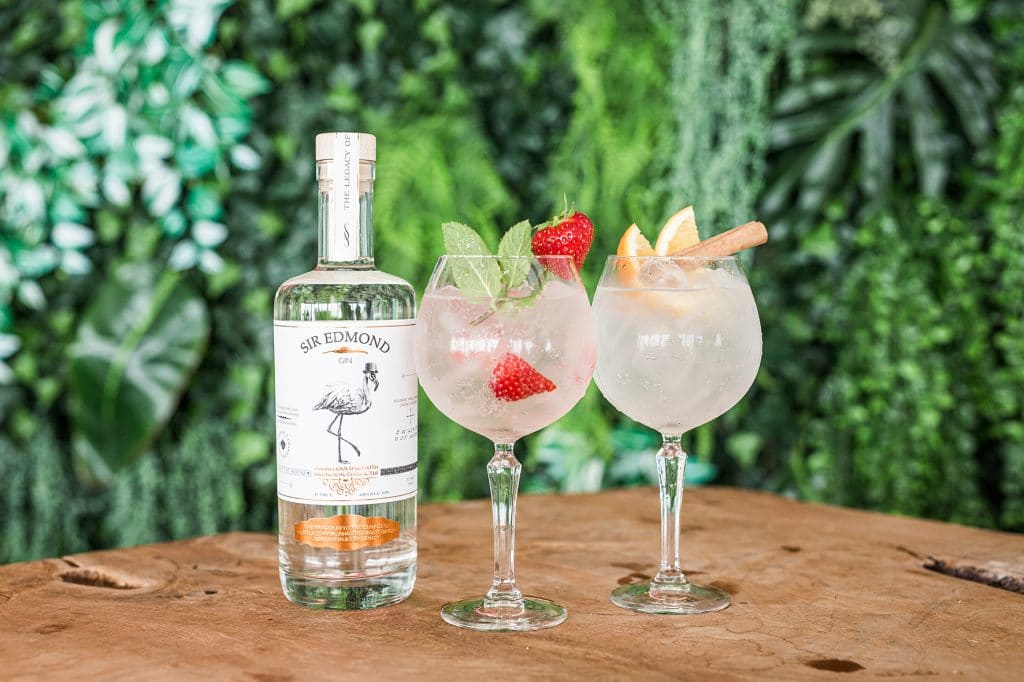