In the run-up to our much awaited takeover [linken naar FB-event] at Bar TwentySeven in Amsterdam, I caught up with Mr Elliot Ball. The bartender extraordinaire is one of three masterminds behind the London based Cocktail Trading Co. He knows a thing or two about the way our brain interprets flavour. “We don’t just taste without our mouths.”

Listening to Mr Ball talk is like bathing under a waterfall: the contents are endlessly refreshing. He has lived in England pretty much his entire life, and in London for the last seven years. Since Mr Ball is a skilled storyteller, I will let him do the talking.

“I started bartending when I was at university. After returning to the UK from New Zealand and Australia, where I got into cocktails and particularly coffee, a really cool job came up in what was seen as the best cocktail bar in Bath: Sub 13. I took it and I loved it. Even in my last year of university I was still doing forty hours a week at that place.

When I finished university, a management job freed up at Sub 13. I didn’t think it would be a permanent position, I just thought: let’s see how far I can push this. It turned out to be incredibly fun. The people I’d met through my degree – Psychology with a specialisation in Neuroscience – had been nice, but they never really made me laugh the way working in bars did. I just liked the lifestyle a lot more.”

“When I finished up that job, I did a little bit of travelling and thought about what I wanted to do. Did I want to go into Neuroscience? Was I willing to give up bartending? I decided to commit to bartending. I moved to London, in many ways the most progressive city in the world when it comes to cocktails. I became bar manager for a business called Shaker and started doing consultancy.

I realised that my degree contained a lot of transferable information, like how the brain interprets flavour. That level of academia didn’t really exist in bartending at the time. Even  the big names from the sciency-concepts, who were writing about the effect of molecules, weren’t neuroscientists. They didn’t have the expertise I did, which is why I started focussing on flavour construction and the way our brain interprets it on a molecular level.”

“After Shaker I left to a place called Steam and Rye because of Andy Mil, who I had encountered a couple of times whilst doing competitions. Sometimes I’d beat him, sometimes he’d beat me. I really liked him. He was an incredibly solid dude and his approach to drinks and general outlook and mentality really amazed me. We were two people who were doing very well in the competition circuit whilst being five to ten years younger than most of our peers.

I realised that with what experience and skill sets he and I had, we very much filled in the blanks for each other. He introduced me to the guy that would become our other business partner, Olly Brading. While I developed this really academic view of drinks, I had completely misunderstood what actually makes people enjoy bars. What they stay for and truly enjoy on a night’s out, isn’t really the drinks. It is the ambience and the company.” 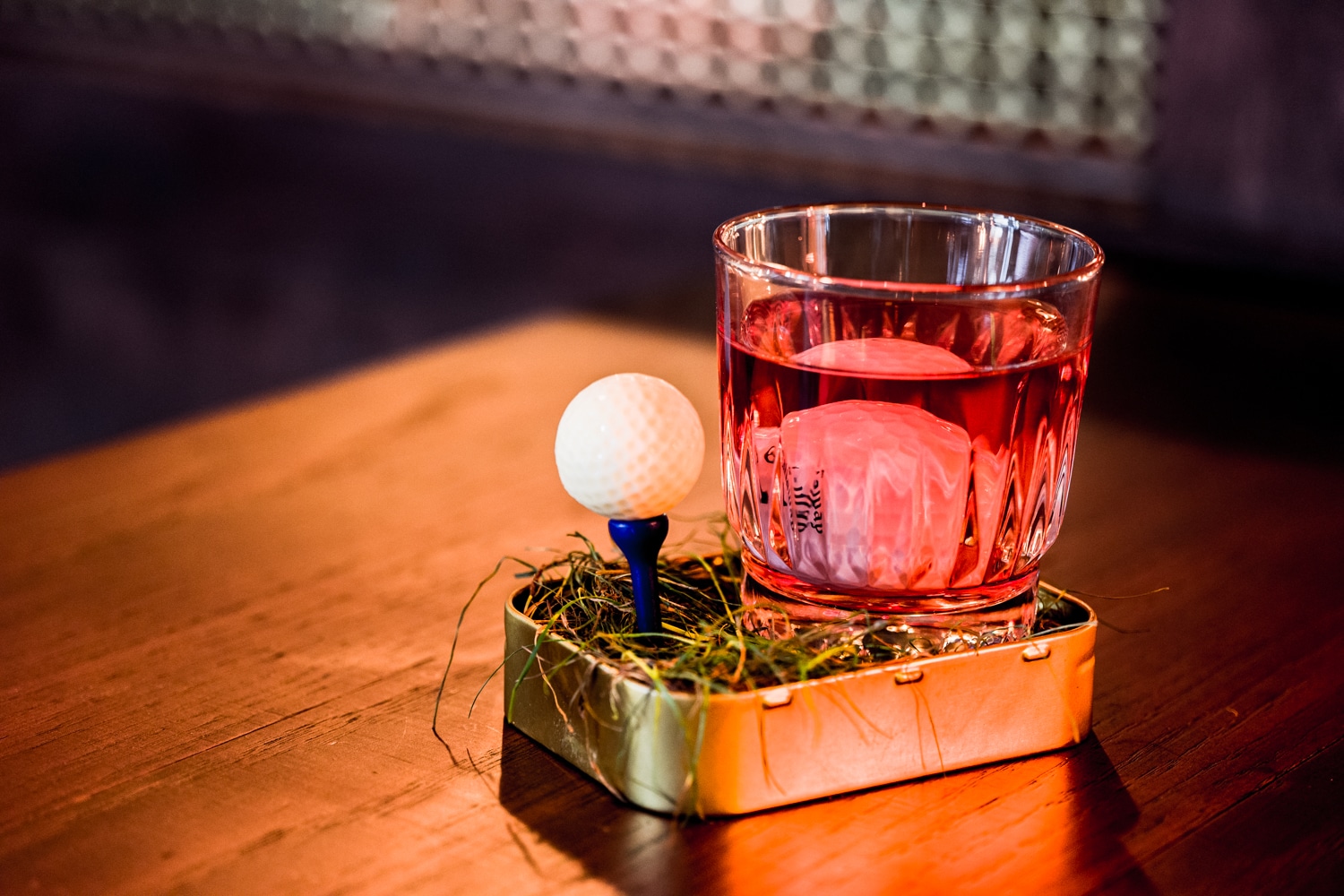 “One of the more appropriate neuroscientific principles I had failed to appreciate was that all of our sensory inputs are combined before reaching the part of the brain that’s responsible for conscious awareness. The idea that we don’t just taste with our mouths, we do it with our eyes, we do it with the bones that can feel vibrations of sound and music. What we wanted to do when we launched the Cocktail Trading Co. was have very good drinks as well as a huge focus on atmosphere and service.

I really never want to make people wait more than ten minutes. No matter how good a cocktail is when it arrives, it’s important that its effect hasn’t been lost somewhat by the time you’ve looked at your watch wondering where it is. Whether your water hasn’t been topped off, or the music isn’t quite right, or the lights are too bright, or your server has been a little bit obnoxious, these are all things that can completely destroy your experience. 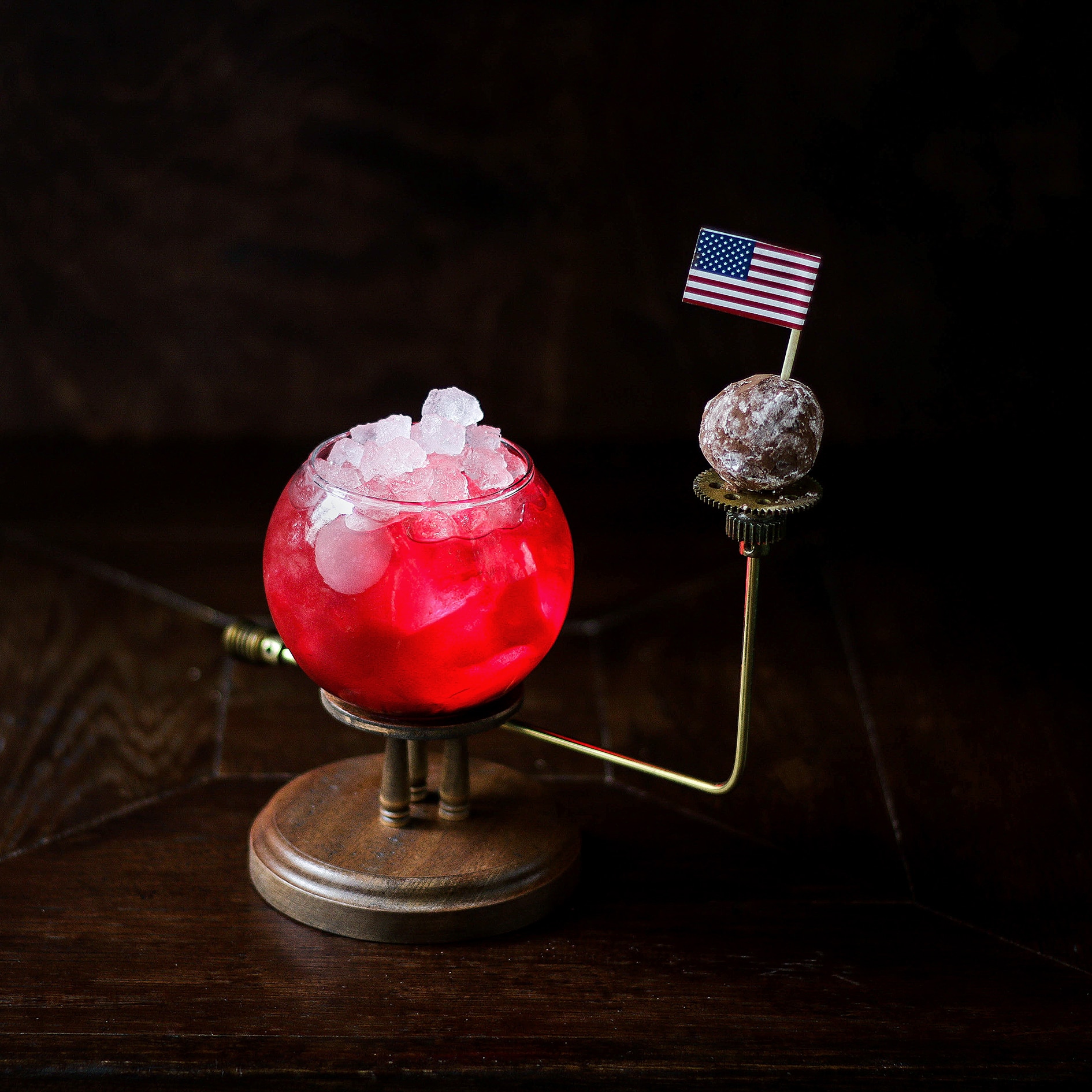 “Apart from our focus on service, Andy wanted to have extremely visual drinks. Conceptual cocktails are just a lot of fun to play with, and they give customers more elements to interact with. Plus, if a drink looks utterly insane you’re getting better PR than you can pay for. That’s also why when we do guest shifts, our drinks will be very visual and humour forward.

I really look forward to the takeover of Bar TwentySeven. Sir Edmond offers a unique flavour: you don’t normally find vanilla in gin. It provides a completely new opportunity for people who aren’t yet gin drinkers, and encourages bartenders to use it differently than they would other new gins. I first came to Amsterdam for a global cocktail competition, and I’ve been back probably three times a year ever since. My first solo consultancy client was Libbey, a glass producer I’ve loved working with – and who make the LAB range, featuring during the takeover – and I’ve often done shifts at Tales & Spirits, Door 74 and more recently at Flying Dutchmen Cocktails. There aren’t too many jobs which involve travelling and truly experiencing the social life of a city. It’s incredible.” 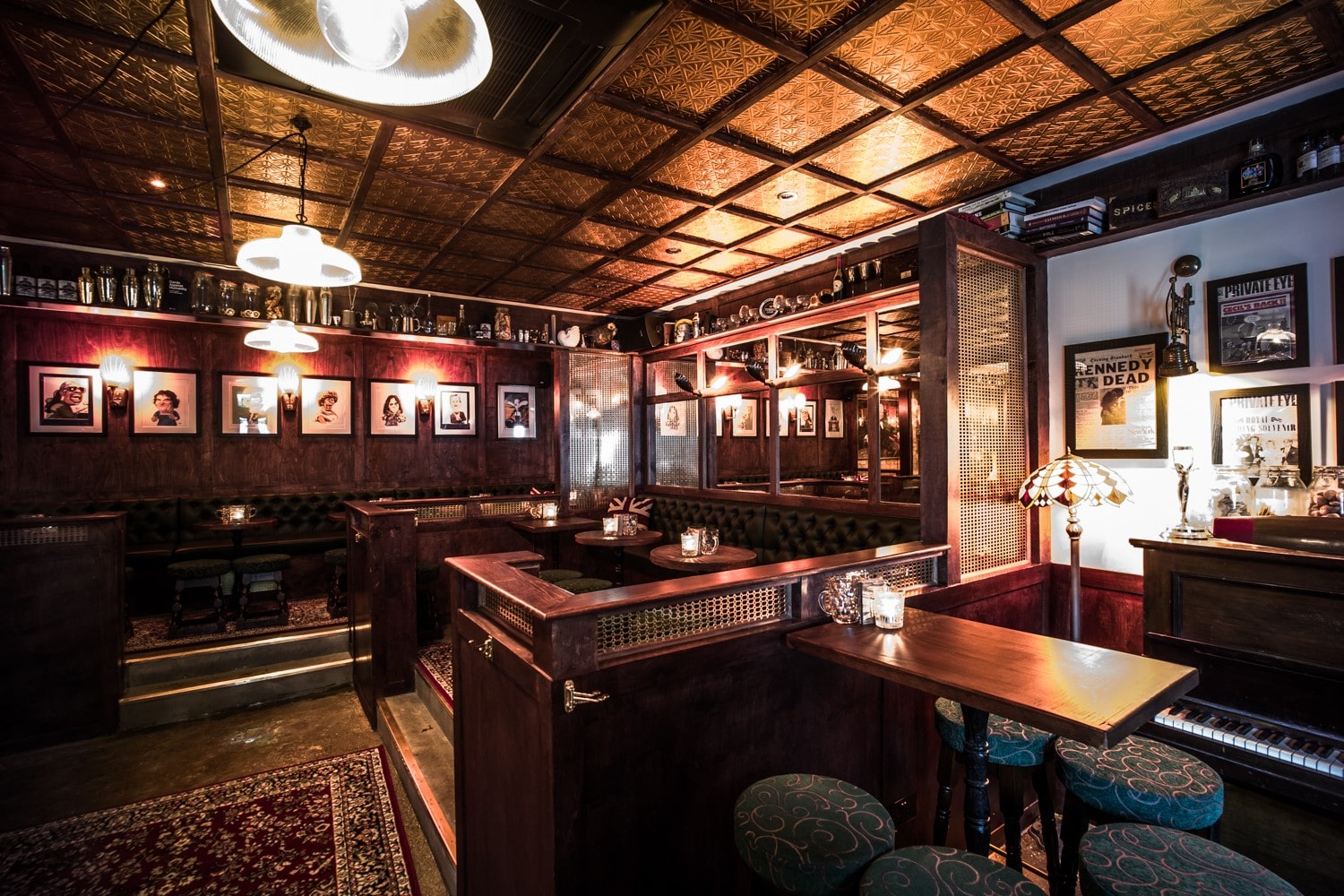