Music, magic and drama in the Savoy Hotel

It’s rare to find a place that has so much historical significance as the Savoy Hotel in London. The gin capital of the world is a better place for its mere existence, especially since the luxurious establishment accommodates the beautiful Beaufort Bar.

The history of the Savoy Hotel, the first luxury hotel in Britain and arguably the most famous hotel in London, dates back to its grand opening in 1889. The Savoy pioneered the use of electric lights and lifts, and was one of the earliest European hotels to introduce American-style cocktails. The appropriately named American Bar was headed by some of the world’s most illustrious bartenders, like Mrs Ada Coleman (1903-1924, creator of the Hanky-Panky), Mr Harry Craddock (1925-1938, author of The Savoy Cocktail Book), and Mr Joe Gilmore (1954-1975, concorter of many cocktails for regular guest Mr Winston Churchill). 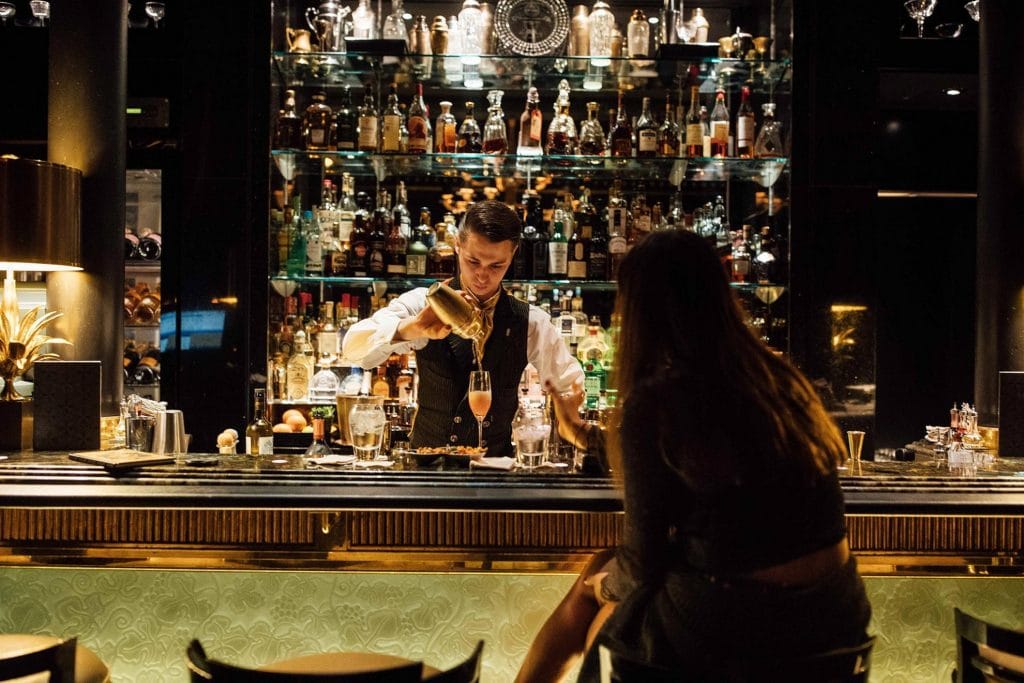 Since the completion of a 220 million pound renovation of the Savoy Hotel in 2010, the legendary American Bar isn’t the only place where guests can rest their weary wings. Every inch off the Beaufort Bar is steeped in history. The stage that hosted cabaret stars for decades made way for a bar operated by a team of spirits experts that knows its way around a wide range of Champagnes and cocktails. In a décor dominated by jet-black and polished gold, you can relax in style, surrounded by  music, magic and a touch of drama.

One of many reasons why the majestic yet intimate Beaufort Bar is such a irresistible place: every evening first-class musicians take the stage in the adjoining Thames Foyer, and you don’t have to move a muscle or feather to enjoy the fruits of their talent. Just sit back in one of the golden coves. Order a drink. Have some oysters or, if you’re feeling especially fancy, caviar. Reflect on today, look forward to tomorrow. There’s a great big city out there waiting to be conquered.