The story of Angelica Root

An underground sensation from Greenland
A

ngelica archangelica might just be the most beautiful Latin name for a plant ever, don’t you agree? Its sweetly scented roots are a favourite among gin makers, because they make for a perfect team with juniper berries during the distillation process. No wonder it’s one of the six botanicals that give Sir Edmond its distinct flavour profile.

Cultivation of angelica started more than a millennium ago. Especially in the northern parts of Scandinavia, where the plants prospered in the cold climate, angelica root was popular as a vegetable, herb and medicinal plant. There is a perfectly logical yet unverifiable explanation for the overdose of angels in the plant’s name. Supposedly the archangel Michael told the 14th century Italian botanist Matthaeus Sylvaticus of angelica’s medicinal capacities. Three centuries later the English herbalist Nicholas Culpeper wrote that ‘some called this an herb of the Holy Ghost, others called it Angelica, because of its angelical virtues’.

The angelica root used in Sir Edmond Gin comes from Greenland, where the harsh weather conditions are exactly what the rather charming plant needs in order to grow. Just like with ginger, one of the other players in our all-star team of ingredients, the magic happens in the cold and damp soil, where the sweetly scented roots dig in and develop. More magic happens during the distillation process. That’s when the botanical gets its earthy and somewhat bitter flavour, with herbal tones that carry through to the nose.

Like juniper, cardamom, ginger and cinnamon, angelica root has been an indispensable element of our distillate from the start. Carefully combined this quintet provides the perfect botanical choir for the star of the show: Bourbon vanilla. The archangel Michael would definitely nod his holy head in approval. 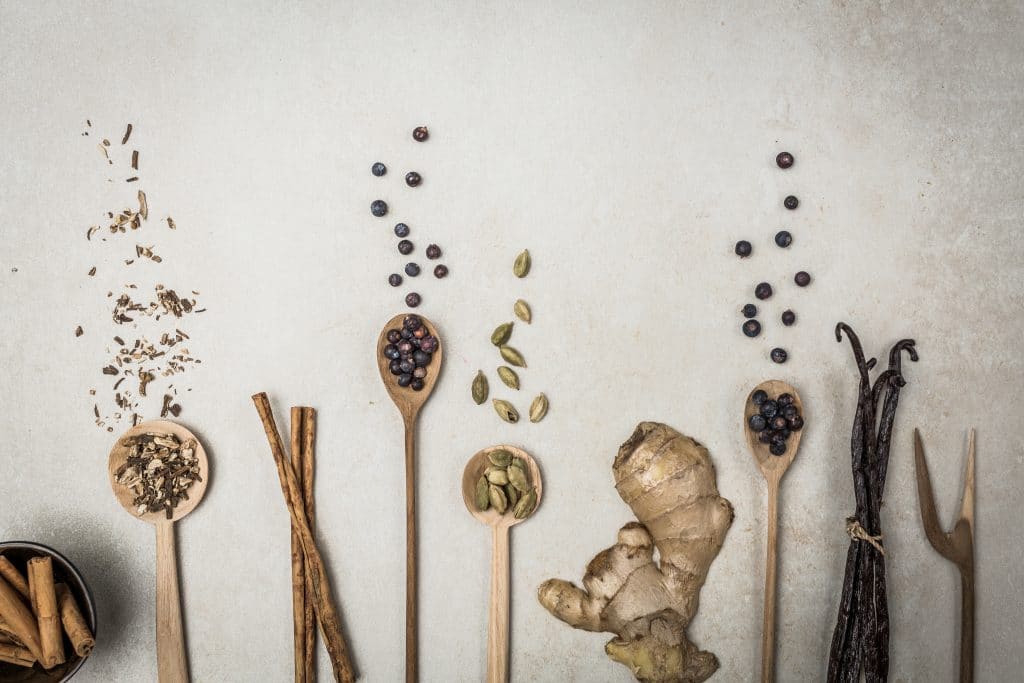