The story of Cardamom

From India to Guatemala to your gin

Few spices adapt as easily to a main dish, dessert or drink as cardamom. Ginger might be sharper, vanilla and cinnamon sweeter, but this Indian delicacy is hard to intimidate. It knows its strengths and lets the taste speak for itself.

No wonder cardamom is an essential player in team Sir Edmond. Originally native to Southwestern India, the spice is made from the small black seeds of plants in the Zingiberaceae family – ginger is cardamom’s cousin. It’s praised for its aromatic qualities that are hard to pinpoint in words: you have to smell, taste and undergo it in order to nod your head in approval. 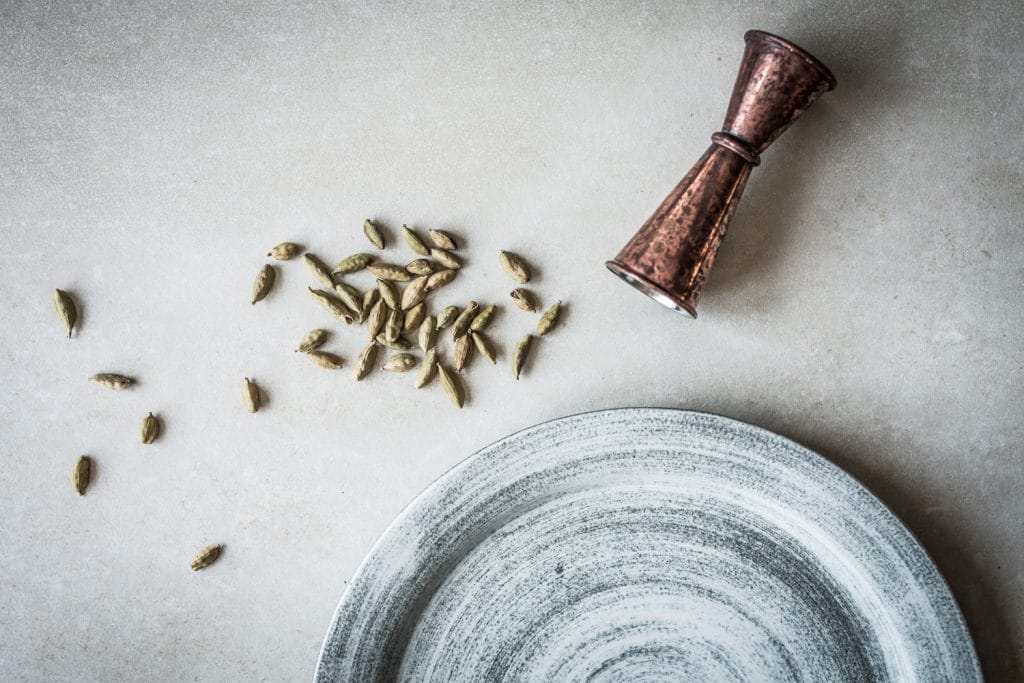 In 1914, cardamom did some travelling that proved to be crucial for its rise as a household spice. A German coffee planter by the name of Oscar Majus Klöffer decided to bring Indian green cardamom to Cobán, in the heart of tropical Guatemala. A century later, the country has become the main production and export centre of the world, with more that 350.000 families cultivating and harvesting cardamom. India is in second place.

Speaking of rankings: cardamom is also on the podium when it comes to the most expensive spices in the world, right after saffron (#1) and vanilla (#2). It’s always good to have winners on your team, right? Judging from the many uses, cardamom’s fame isn’t dwindling anytime soon. It fits well with both sweet and savory dishes and feels at home in anything from Indian curries and sweets to Finnish bread to Bangladeshi tea. Oh, and in Sir Edmond Gin it doesn’t do so bad either.