The story of Ginger

Rooted in Asia, loved around the globe

Have you ever tried a ginger shot? I have and I can assure you: it’s not for the faint-hearted. A small cup is enough to make your mouth explode. Ginger isn’t just any spice, you see. It’s a peculiarly shaped miracle of Mother Nature and one of six botanicals that make my gin so damn irresistible.

Nowadays ginger is cultivated in almost every (sub)tropical country, such as Jamaica, Sierra Leone and Nigeria – where mine is grown. The stories about where it’s originally from vary: some say India, others point towards the south of China. Fact is that already in ancient times the tasty root of the Zingiber officinale found its way to different corners of Asia, West-Africa and – as early as the first century A.D. – Europe, being one of the first spices exported from the Orient.

The origin of the latin Zingiberi – becoming ‘gingiber’ in mid-14th century Old English – is equally obscure. According to etymologists the word may be a very distant relative of the Sanskrit ‘srngaveram’, a combination of srngam (horn) and vera (body), referring to the odd, instantly recognisable shape of the plant’s root. The historical uncertainty seems befitting for a spice as rebellious as ginger; it likes to be in the foreground, exceeding people’s expectations, but always carries a sense of mystery. Just like Sir Edmond Gin. 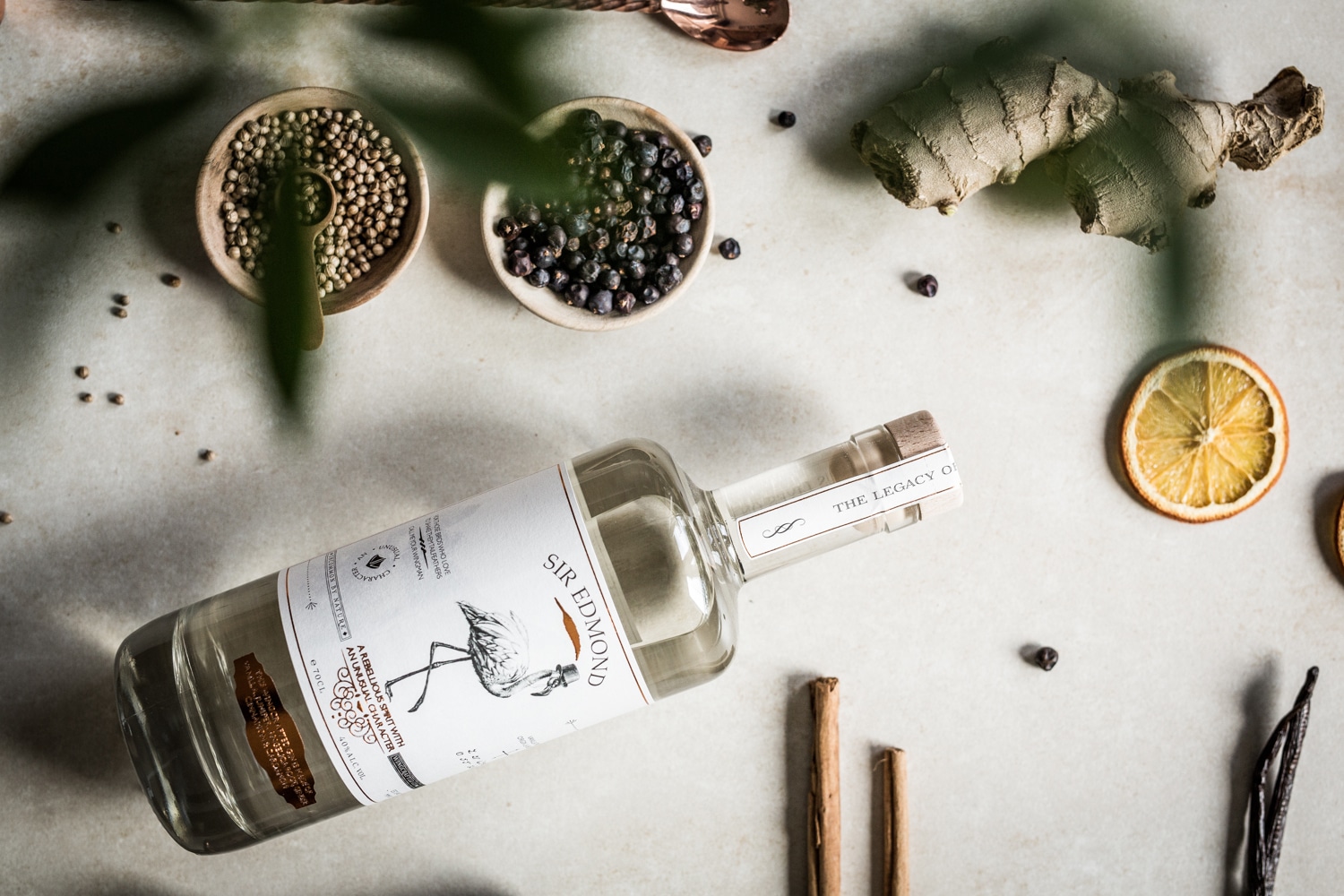