Serve: A Friend From Asia

A celebration of wanderlust

Though Sir Edmond has many admirers and  accomplices, there’s only a few people who truly embody its DNA. One of them is a friend from Asia, flying across the globe in pursuit of exotic experiences that expand the mind. This cocktail is dedicated to wanderlust.

Every cosmopolitan adventurer is aware of the numerous wonders that Asia holds. From the dry deserts in the west to the lush islands in the east, from the icy plains in the north to the rainforests in the south, a lifetime isn’t long enough to unravel all of the continent’s mysteries. Of the many ways available to savour its natural richness, this cocktail might be the most titillating.

It’s easy, it’s creamy, it’s spicy, it’s exotic. The coconut cream and pandan syrup are like a soft pillow for the rice vinegar en chai syrup to rest upon. The lemon peels and the kombucha deliver just enough sourness to swirl around your mouth like belly-dancing beauties. Meanwhile the caramelized rice pieces soaked in chai tea syrup tickle the imagination. Where do these little miracles of nature come from? How did they end up in this glass? The friend from Asia nods approvingly: this is what a cocktail should do.

“Travel equals discovery”, he says. “Discovery of new places and, just as much, of the self. While in motion, your perspective on the world is constantly changing. You are acutely aware of the negligible role you play in the infinite universe. Though far from home, you feel connected to the elements, both those around you and those within you. Travel is a reassuring reminder of what really matters: having an open mind, being kind of heart and spending time with people you love.” Amen to that. 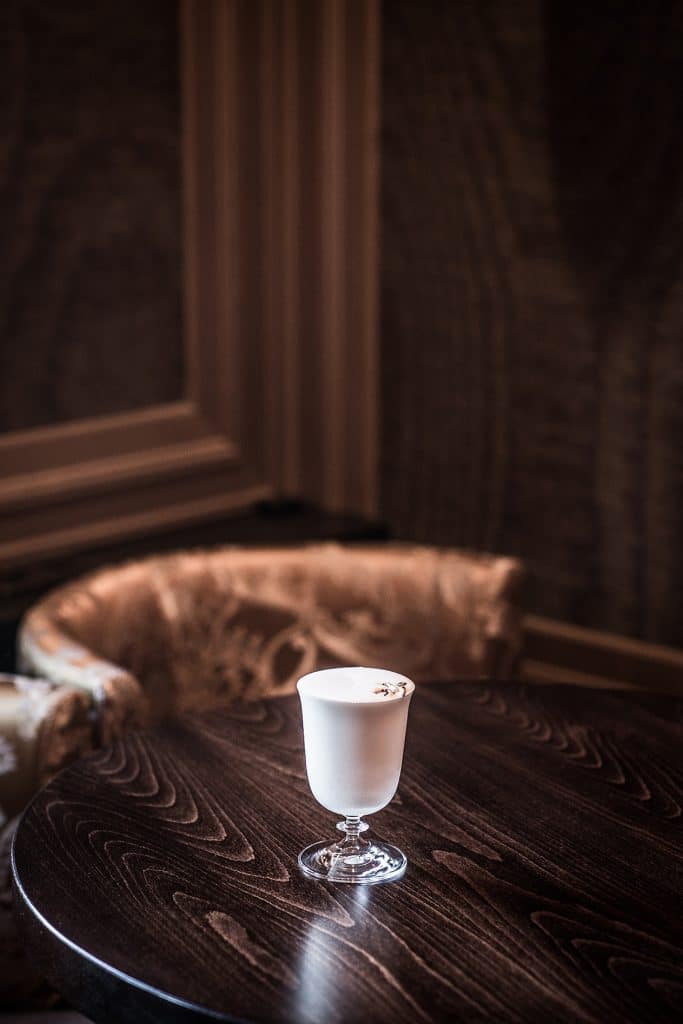