The story of the Espresso Martini and how to make it

As a Christmas cocktail or New Year’s Eve extravagance

The Espresso Martini is much more than a liquid wake-up call. The classic drink tells the story of a man who is considered the father of the cocktail revival in London in the 1980s.

You could call him a career bartender. Or a cocktail guru. Some even called him the ‘cocktail king’. Looking at his track record, there is only one possible conclusion: Mr Dick Bradsell deserves all the praise he gets.

Born in 1959, the Englishman turned to mixology as a teenager. In the seventies, bartending wasn’t considered a career worth pursuing for ambitious people, but Mr Bradsell stuck with it. He turned out to be a tremendously creative drink inventor, showcasing his magic at hip private clubs in London like the Zanzibar, Soho Brasserie and Fred’s Club. When he was recruited as head bartender of the Atlantic Bar and Grill, the 35-year-old became a bar-world celebrity.

By then, Mr Bradsell had already single-handedly changed the face of the London cocktail scene and created many modern classics such as the Bramble, the Treacle and the Russian Spring Punch. An invention of his that enchants cocktail lovers to this day was initially called the Vodka Espresso, then the Pharmaceutical Stimulant and now the Espresso Martini.

Mr Bradsell first made the cocktail for a famous model (he didn’t disclose who) at Fred’s Club in the late eighties, after she asked for “a drink that will wake me up and then fuck me up”. Her request resulted in a combination of vodka, fresh-pressed espresso, coffee liqueur and sugar, garnished with a few coffee beans. The cocktail would follow its maker for the rest of his life; Mr Bradsell could rarely enter a bar without the bartender wanting to show off his version of the Espresso Martini to him.

Contrary to what you would expect from a celebrated cocktail maker, Mr Bradsell disliked the limelight. His final and longest-lasting job was at the Pink Chihuahua, a modest bar under a Mexican restaurant in Soho. The man who was considered the father of the cocktail revival in London passed away in 2016. He was only 56. Our Espresso Martini 2.0 is a tribute to its humble inventor.

How to make an Espresso Martini 2.0

Want to impress your guests during the holiday season? You can’t go wrong with our Espresso Martini 2.0 as a Christmas cocktail or New Year’s Eve extravagance. Cool your martini glass. Pour 50 ml of Sir Edmond Gin into a shaker. Add 30 ml of fresh-pressed espresso. Add 15 ml of frangelico. Add 5-10 ml of vanilla syrup. Add ice, shake, double strain into cooled martini glass and garnish with 3 coffee beans on top.

Get your bottle(s) of Sir Edmond Gin, for yourself or as a December gift, in our online shop. 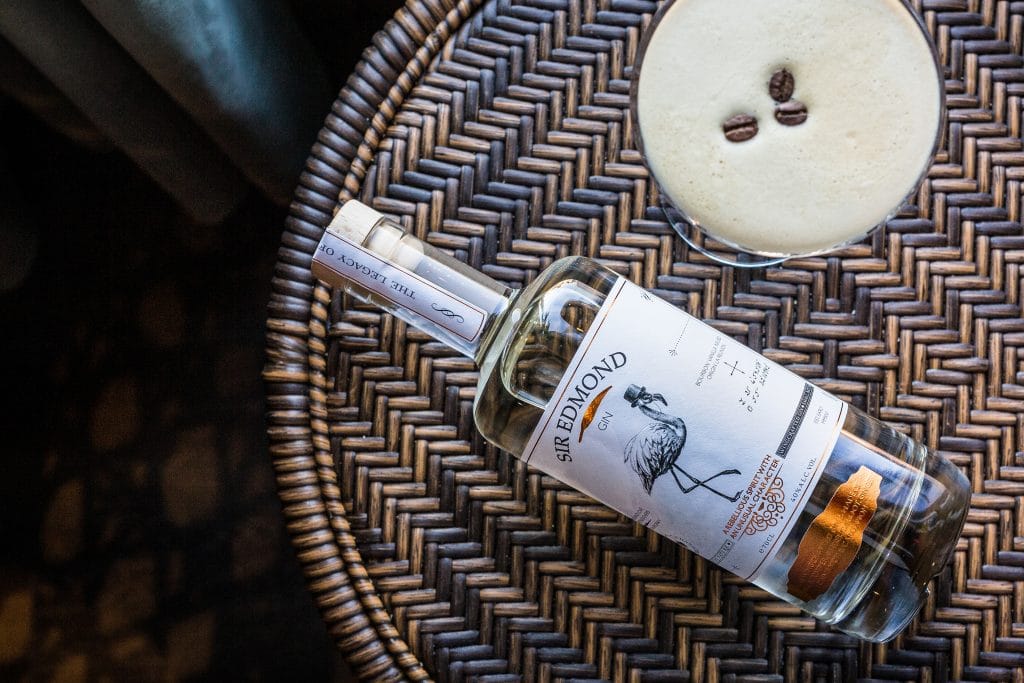